After the last year’s update, we are pretty sure that the current generation of VW’s compact crossover will remain in production for a few more years. That clearly indicates that the 2023 VW Tiguan is about to carry on without more important changes. We are about to see a familiar design, with all the updates that were introduced last year, both outside and on the inside.

You may count on a crossover that still has a lot of great things to offer. Traditionally, loyal VW buyers appreciate its high-quality cabin, as well as the fact that this is one of the rare compact crossovers that can be ordered with the third row of seats. The cargo area is also pretty spacious, while we also like the handling, which is well-balanced and offers a good mix of comfort and agility. On the other hand, the biggest complaint goes to the engine, which is underpowered and not particularly refined.

We expect that the 2023 VW Tiguan will hit the market sometime in the last quarter of 2022. 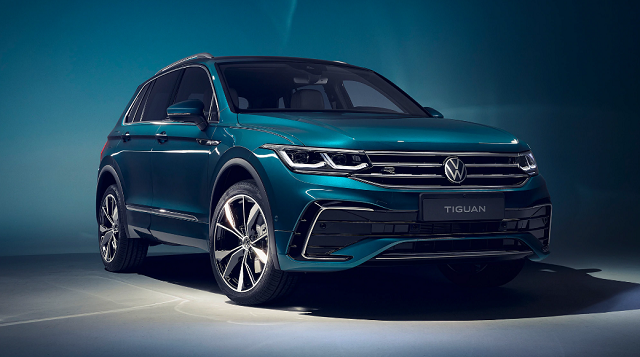 Design-wise, we don’t expect any notable changes in the 2023 VW Tiguan. Despite the last year’s update, the overall design has remained the same as in the initial version of this generation, which has been around since 2016. The car rides on a familiar MQB platform, which provides a good balance between comfort and sporty handling, which is certainly one of Tiguan’s selling points in this overcrowded segment.

Visually, the recent update has brought a lot of interesting novelties. Of course, a majority of them are at the front, where you can see new headlights and a new grille, both inspired by the new, eight generation of Golf hatchback. Of course, bumpers were revised as well, while you can also find new lettering on the tailgate. So, the best we could see in the 2023 VW Tiguan are minor updates like new color options and similar things.

The same thing goes for interior design. We don’t expect to see changes and that’s not a bad thing at all. Simply, the current cabin already looks good. The dashboard may not feature the most elegant design but the materials and overall build quality are pretty impressive. The same goes for the rest of the cabin. Also, there is a pretty generous offer of tech goodies, which make this dash look pretty luxurious. 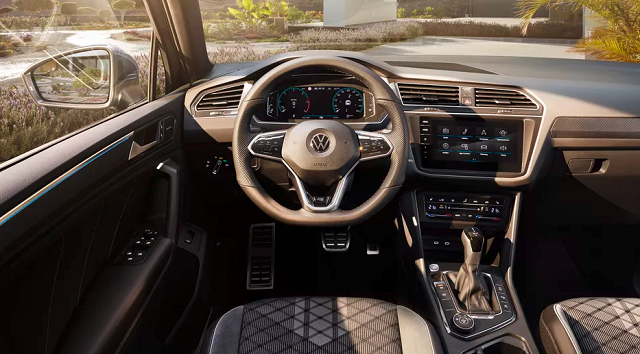 A few additions to the list of standard equipment are always possible, but we are pretty sure that most of the things are about to remain the same for the next year. So, all models should come standard with goodies like an 8-speed digital instrument cluster, a 6.5-inch touch screen, a six-speaker stereo, Bluetooth, Android Auto, Mirror Link, Apple CarPlay, two USB ports, a Wi-Fi hot spot, keyless entry and push-button start.

The 2023 VW Tiguan will continue with just one engine option on the offer. That would be a 2.0-liter turbo-four, which puts out around 184 horsepower and 221 pound-feet of torque. The engine doesn’t sound particularly refined, but the bigger problem is the lack of power, especially on the open road. What’s even worse, fuel economy goes around 23 mpg in the city and 30 mpg on the highway, which is below average for the segment.

The engine comes in pair with an 8-speed automatic transmission, which is smooth and generally does a really fine job. 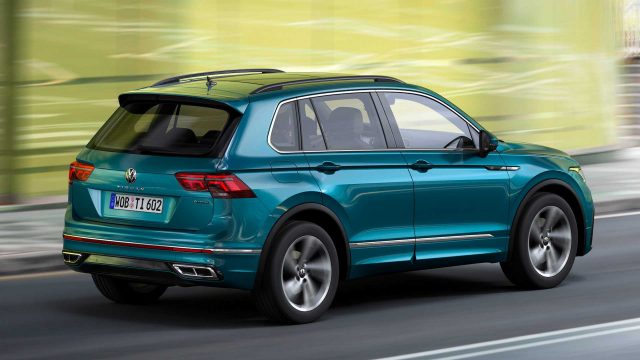 We expect that the 2023 VW Tiguan will hit the market sometime in the last quarter of 2022, with a starting price of around 27.000 dollars. Key competitors are models like Ford Escape, Nissan Rogue etc.