The current generation of Toyota’s biggest SUV has been around for ages and it is a real dinosaur in so many aspects. That’s why Toyota fans have been begging for a redesign for years. It looks like it’s finally about to happen and that the new generation will come as the 2023 Toyota Sequoia. We are still waiting for the official confirmation.

Considering that the current generation has been around for a full 13 years, there is no doubt that the new model will bring significant novelties in all aspects. This refers to the whole mechanics, but also to the new styling, which should look way more attractive than the current model. The same thing could be said for the interior. Big novelties will come under the hood, where the good-old V8 will be replaced with a turbo V6, while a hybrid version seems likely too.

We expect that the 2023 Toyota Sequoia will hit the market sometime in the second half of 2022. 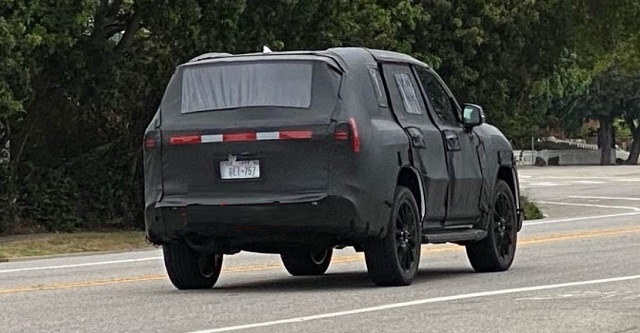 As we’ve just mentioned, this redesign is about to bring all kinds of novelties.  Of course, the first thing that comes to mind is the platform. The 2023 Toyota Sequoia will ride one a body-on-frame version of the new TNGA architecture, the same one that will underpin the new Tundra. The two models will once again share most of the parts, so we count on a similar level of improvement.

We count on a notable weight reduction, which should also make this SUV more efficient. Furthermore, the new platform will provide a lower center of gravity. In practice, this means better handling and less body roll in corners. Finally, we count on a new, much more refined suspension setup, which should ensure a higher level of comfort and better overall ride quality.

On the outside, we count on similar proportions to the current model. That would be the same overall size, as well as the same wheelbase, which should measure around 121 inches.

On the other hand, the styling will be completely new. The biggest changes will count to the front end, which should take a lot of inspiration from the upcoming Tundra. This would mean a front end highlighted by a  massive bold grill, combined with an aggressive bumper layout and futuristic headlights. The overall shape will, of course, continue in a typical SUV manner, though we count on a much bolder approach.

We expect that the Japanese manufacturer will also offer a high-performance version of the SUV. Of course, we are talking about the 2023 Toyota Sequoia TRD Pro, which would bring various upgrades to the table. That refers to off-road hardware like upgraded suspension, locking differentials, two-speed transfer case and similar things. Naturally, this version would come with a lot of exclusive styling details too.

The current interior looks extremely outdated and desperately needs updates. Therefore, we have really big expectations from the new models. This primarily refers to things like materials and overall build quality. These things should be at a much higher level, while we also count on a full load of new tech features and similar things. Naturally, the new model will come with a new infotainment system and a much bigger touchscreen, as well as with a full load of driver aids.

Still, we presume that Sequoia’s main quality will remain the same. We are talking about the interior space, which should be even more generous compared to the current model. So, you may count on three very spacious rows of seats, which accommodated up to eight passengers. Furthermore, the cargo area should expand even more, so the overall volume could easily go over 120 cubic feet. 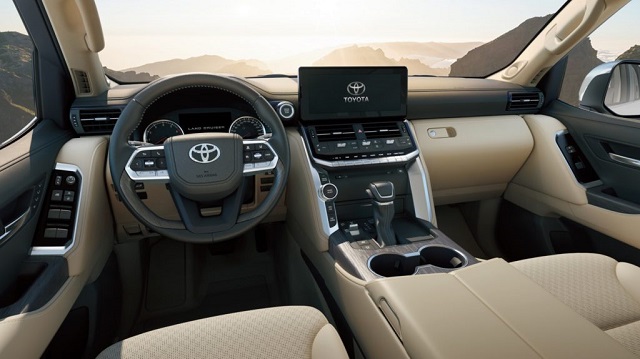 Significant changes will come on under the hood as well. The good-old, but also thirsty, 5.7-liter V8 will be retired. Instead, Toyota will install a 3.4-liter turbo V6, the same one that’s planned for Tundra. The engine puts out around 409 horsepower and 479 pound-feet of torque, which should provide notable improvements over the outgoing model, regarding performance, as well as fuel economy. The engine will come with a 10-speed automatic transmission.

A hybrid version seems likely too. This system should be based on a V6 engine, with a max output of over 450 horsepower. The exact details are yet to come.

We believe that the 2023 Toyota Sequoia could come in the second half of 2022. We don’t expect bigger changes in price, so base versions should go around 50.000 dollars. The competition remains the same – Ford Expedition, Chevy Tahoe, Nissan Armada etc.