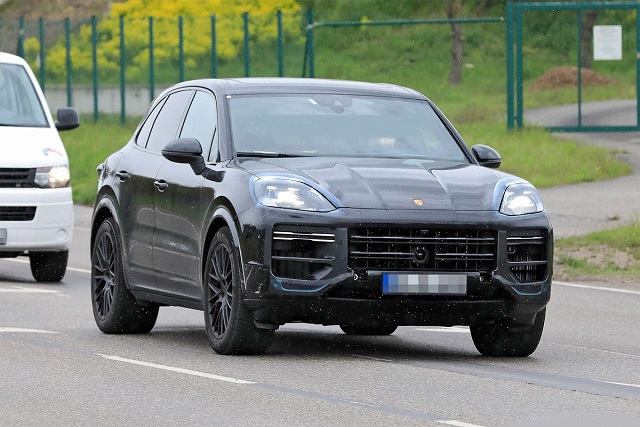 The current generation of this super-capable SUV has been around since 2018 and despite it still looks fresh and makes solid sales numbers, the German manufacturer prepares an update. The 2023 Porsche Cayenne is about to receive a facelift and we expect to see all kinds of novelties. At this point, we know for sure that the new model will get a few styling tweaks, while the interior novelties are about to come as well. New tech features are also coming, while we also believe that the update could bring more power to each version, as that’s something Porsche usually does with mid-cycle refreshes.

Still, the overall nature of the SUV won’t change and you may count on an SUV that has plenty of capable engine options in the offers and offers plenty of athleticism. Furthermore, the interior quality is impressive, while the seats are super comfortable and supportive. On the other hand, the biggest complaints go to subpar mpg ratings, high prices and small cargo area.

We expect that the 2023 Porsche Cayenne will hit the market sometime in the second half of the year.

Of course, one of the most interesting aspects of the 2023 Porsche Cayenne will be its styling. At this point, the test mule still wears a bit of camouflage, but we can clearly see that a few areas are about to come with novelties. At this front, we will see slightly revised headlights, along with a new grille and bumpers. The rear end will bring new taillights, with slightly revised shape and new graphics. Naturally, we also count on typical mid-cycle updates, such as new color options and similar things.

On the other hand, the mechanical aspect of the vehicle won’t change. The 2023 Porsche Cayenne is about to carry on in the same way, with a familiar setup. Of course, we are talking about a model that rides on the MLB platform and shares a lot with Audi Q7 and VW Touareg. Still, the Cayenne stands out with an impressive suspension and chassis setup, which makes it way more athletic compared to siblings.

The latest reports suggest that the 2023 Porsche Cayenne interior will also bring a couple of updates. From what we can see, the updated model will get a new infotainment screen, along with a new digital instrument cluster. Furthermore, we will see a new gear shifter, the same one as in the new 911. Other than that, we believe that most of the cabin is about to remain the same.

The overall cabin layout will certainly remain the same. You may count on two spacious rows of seats that accommodate adults with ease. Furthermore, the front seats are massive, comfortable and supportive, while the driving position is excellent. On the other hand, the cargo area isn’t all that amazing. It offers around 27.2 cubic feet of space behind the rear seats and 60.3 cubic feet, which is below average for the segment.

Of course, the upcoming update will bring some novelties regarding the new standard and available features. We already mentioned the new infotainment screen and digital instrument cluster. Still, keep in mind that the current model is already pretty impressive in this aspect, so we are pretty sure that many of the things will remain the same.

As we already mentioned, each version could get a slight power boost but the engine offer will essentially remain the same. Therefore, the base model will continue with a 3.0-liter turbo V6 that puts out 335 horsepower. Also, you may count on the well-known 2.9-liter twin-turbo V6, which puts out around 434 horsepower. The offer continues with the 4.0-liter V8, which is available in three output versions, with either 453, 541 or 631 horsepower.

Also, there are two hybrid versions on the offer. The first one is based on a 3.0-liter V6 engine and delivers a total output of 455 horsepower. On the other hand, there is also a version based on a 4.0-liter V8 engine. This one features a max output of 670 horsepower. 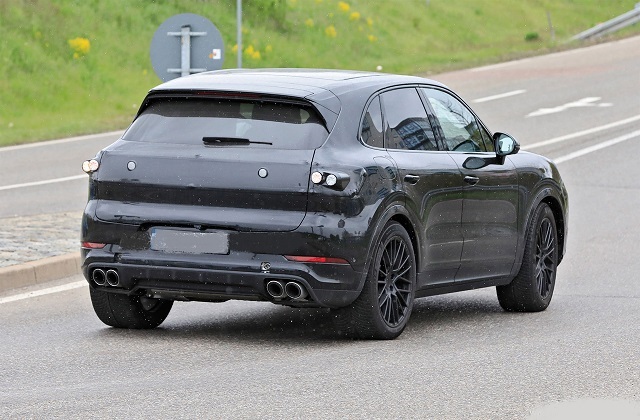 We expect that the 2023 Porsche Cayenne will hit the market sometime in the second half of the year. The pricing shouldn’t change significantly compared to the current model, which starts at around 70.000 dollars.