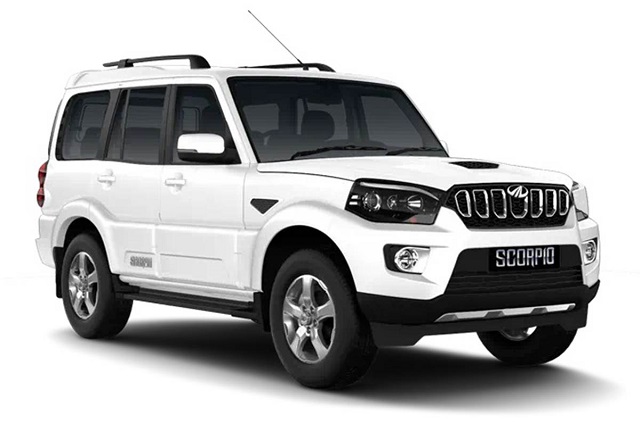 It looks like the Mahindra’s SUV is finally about to come all new. After two decades of production and several updates, the first-generation model will be replaced with a completely new model, which will bring novelties in every aspect. The 2023 Mahindra Scorpio will ride on a new platform and it brings lots of new design solutions and technologies. From what we know so far, it won’t go far away from its original nature and it will continue to ride on a traditional body-on-frame platform, like a genuine SUV.

Naturally, this redesign will bring novelties in other aspects as well. Of course, you may count on a completely new styling but what’s also interesting is that the new model is expected to grow in size. Furthermore, the cabin should look far more upscale and offer more room for the passengers. Finally, count on a completely new engine lineup, with new petrol and diesel units.

The 2023 Mahindra Scorpio should arrive sometime in the second half of 2022, rumors say.

The current generation has been around since 2002, so it’s not hard to conclude that it’s outdated in all aspects. Therefore, the 2023 Mahindra Scorpio will bring improvements in every aspect. First of all, it will ride on a new platform. Allegedly, the company is working on a completely new architecture, but we presume that some technologies will be borrowed from the second-generation Thar as well, particularly in terms of the drivetrain.

In any case, the new model is expected to be more advanced in many ways. It should be lighter and more efficient, while we also count on a much more refined suspension setup, which would improve on-road ride quality, without sacrificing off-road performance, which will remain in the focus of this rugged SUV.

When it comes to the exterior design, the first thing that comes to mind is the size. The current generation is classified as a mid-size SUV, but that was nearly two decades ago. Today, the Scorpio’s 105.5 inches in wheelbase and 177 inches in total length are rather typical for a compact SUV. So, the new 2023 Mahindra Scorpio should become notably bigger, with a wheelbase that could go pretty close to 110 inches.

Naturally, we also expect to see a new styling. At this point, it’s hard to talk about details, but we presume it will follow the brand’s latest design language and borrow some details from other models in the lineup. In any case, we presume that designers will accentuate its rugged nature, with a massive grille and sporty bumpers. The overall shape should keep a typical boxy SUV layout.

Of course, the interior will be all-new as well and from what we can hear, the new 2023 Mahindra Scorpio should go far more upscale. This refers to all aspects, starting from a much more modern dashboard design. We also count on much nicer materials and notably higher build quality. Furthermore, we also count on a full load of tech features, starting from a large infotainment screen on the center stack, power by the latest piece of software.

As we’ve just mentioned, the next generation should get bigger and therefore, we count on notably more space on the inside. We expect to see two quite spacious rows of seats, which can accommodate adults with ease. Furthermore, the third row should be offered as well, though it would probably be notably tighter. Finally, we count on respectable cargo volume.

The latest reports suggest that the 2023 Mahindra Scorpio will come with a completely new engine lineup. From what we can hear, the company prepares a new 2.0-liter turbodiesel, which will come in a few output variants. One of them should feature a max output of 160 horsepower and 350 Nm, rumors say.

Besides the oil-burner, the new model will also come with a petrol engine on offer. Moreover, there will be two of them. Base models will probably come equipped with a small turbo three-cylinder unit. On the other hand, range-topping models will probably feature a new 2.0-liter turbo-four, with a max output of 190 horsepower and 380 Nm.

Besides new engines, the 2023 Mahindra Scorpio will also come with a new transmission. We are about to see a new 6-speed manual gearbox, as well as a 6-speed automatic. Furthermore, the company also works on a new 4×4 system, which will be offered as an option. We count on more off-road hardware in the offer, on things like two-speed transfer case, hill-descent control, locking differential etc.

At this point, the next-generation 2023 Mahindra Scorpio still waits for the official confirmation. On the other hand, unofficial reports claim it will be ready for the second half of the next year.