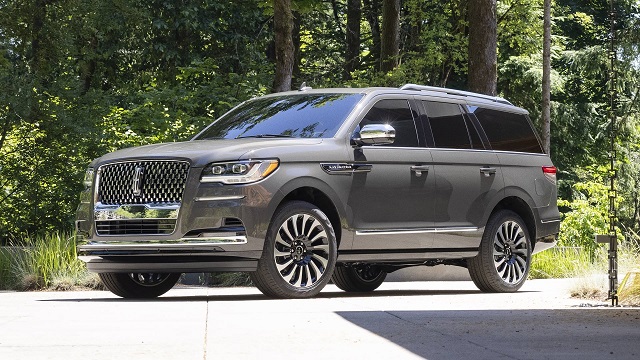 The legendary full-size SUV has just received a mid-cycle update. Due to the complete redesign of the arch rival, Cadillac Escalade, Lincoln engineers decided to introduce several interesting changes, both in terms of styling and features. All these updates come with the 2022 model and that leads us to the conclusion that the 2023 Lincoln Navigator probably won’t feature bigger changes. There are some suggestions that the company may introduce an all-electric version but we are pretty sure that such a model won’t come that soon.

So, you may count on familiar design characteristics. This SUV offers a high level of luxury, and also comes with a pretty capable V6 engine. We like its interior design and the amount of passenger space. On the other hand, the fuel economy isn’t impressive, while some reviewers even complained about the ride quality.

The 2023 Lincoln Navigator won’t bring bigger changes. So, we expect to see it sometime in the second half of 2022.

Design-wise, the 2023 Lincoln Navigator isn’t expected to change. The current generation has been around for a while and we still haven’t see any mechanical changes. On the other hand, the 2022 model brings a mid-cycle update, which includes a couple of pretty interesting novelties.

Of course, the most notable updates are those regarding styling. We can see some slight revisions to the front end, in areas like headlights and grille. Also, there are typical mid-cycle updates line new color options, new wheels and similar things.

All this leads us to the conclusion that the 2023 Lincoln Navigator probably won’t feature bigger changes. We are about to see a familiar design and only minor updates could occur, things like new color options and maybe some new optional appearance packages.

The same thing goes for interior design, which hasn’t changed significantly with the recent update. We saw a new Central Park theme, as well as more tech features, but the overall interior layout hasn’t changed too much. That’s not a bad thing, considering that this cabin looks really nice. It combined a nice classic look with high-end materials and lots of features. All these things make it look very upscale. The 2022 model has brought a new, bigger touchscreen, while the massaging function has been improved as well. 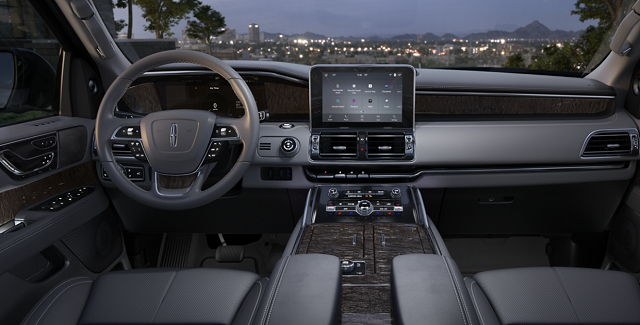 As we’ve just mentioned, the overall cabin layout remained the same and we have no doubt that the 2023 Lincoln Navigator will also continue in the same way. In other words, you may count on a spacious and comfortable SUV. It comes standard with three rows of seats and the ability to accommodate eight passengers. Furthermore, the cargo area offers some quite respectable numbers, though we have to say that the new Escalade has pushed the limits much higher in this aspect. The current model offers around 21 cubic feet behind the third row, 63 behind the second and 103 cubic feet in total. You can also get a long-wheelbase version, which increases cargo volume to 36 cubic feet behind the third row, 80 cubes behind the second and 120 cubic feet of the total cargo volume.

We presume that the 2023 Lincoln Navigator could bring a couple of new things to the list of standard equipment. Still, major things shouldn’t change too much. The new 2022 model has brought a bigger 13.2-inch touchscreen, along with few more tech novelties, such as Active Glide – a semi-autonomous driving system, similar to Super Cruise.  Also, the current model already comes with the forward-facing came which adapts the suspension setup, so we don’t see that many new things could come for the next year.

Things under the hood probably won’t change. We count on a familiar 3.5-liter twin-turbo, which puts out around 450 horsepower and 510 pound-feet of torque. That’s more than enough power to move this large SUV with ease. The 10-speed automatic transmission also works pretty well, while another thing worth mentioning is that the max towing capacity goes up to 8.700 pounds.

When it comes to fuel economy, you may count on about 16 mpg in the city and 22 mpg on the highway. That’s about average for the segment.

The company has officially announced that the all-electric version is in the works. While many believe that this version could already come with the 2023 Lincoln Navigator, we are pretty sure that Lincoln won’t rush with this version and that we won’t see it before the full redesign.

The 2023 Lincoln Navigator probably won’t’ feature bigger changes. So, we expect to see it sometime in the second half of 2022, with the starting price of around 80.000 dollars. Of course, Cadillac Escalade will remain the key competitor. There are also models like Mercedes-Benz GLS, BMW X7, Lexus LX etc.