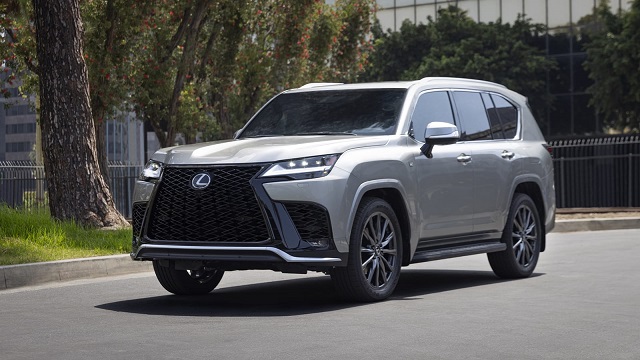 The generation of Lexus’s full-size SUV is here, finally. After years and years of waiting the LX has finally been redesigned for the 2022 model year. The new model comes with significant improvements in all aspects and we would normally expect no bigger novelties for the second production year. However, the latest reports suggest something different. It looks like the 2023 Lexus LX 600 is about to come with a big novelty under the hood, in the form of a hybrid powertrain. We are still waiting for the official confirmation.

On the other hand, the rest of the design will remain the same. We are about to see a familiar layout, based on Toyota’s new platform, which offers strong off-road performance, a high level of comfort, plenty of luxury and way better efficiency compared to the previous generation. With novelties or without, we expect that the 2023 Lexus LX 600 will arrive sometime in the last quarter of the year, though it wouldn’t be surprising to see the hybrid version a little bit earlier. 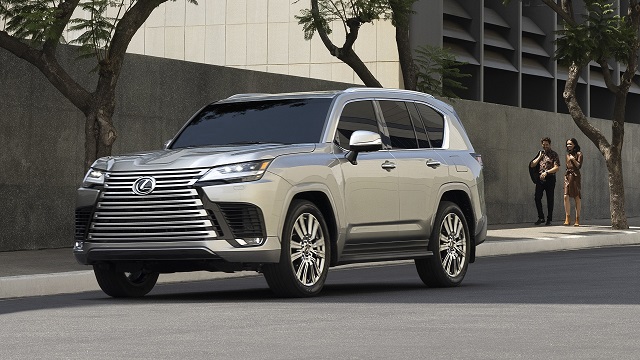 As we’ve just mentioned, the only major novelty that could come with the 2023 Lexus LX 600 is the new powertrain. Of course, we are talking about the hybrid version, which would be based on the same system as the new Tundra. To remind you, the new Tundra features a system based on a twin-turbo V6 engine, which puts out around 437 horsepower and 583 pound-feet of torque. That’s more than enough to move this SUV with ease. Still, it wouldn’t be a surprise if we see a slight power increase, just like the company did with the gasoline powertrain.

Another important thing to mention is that the new hybrid powertrain won’t come with CVT, as is usually the case with Toyota hybrids. Instead, we will see a new 10-speed automatic. All-wheel drive will be standard.

On the other hand, the pure gasoline version will continue in the same way. We are talking about the new 3.4-liter twin-turbo V6, which has been specially tuned for this occasion and delivers around 409 horsepower and 479 pound-feet of torque. The engine comes in pair with a 10-speed automatic transmission, which sends power to all wheels. With all that power, the new LX needs less than seven seconds to hit sixty. Driving dynamics are pretty good, while we also like the significant improvement in efficiency very much.

This improvement manifests in the form of much better fuel economy, which now goes around 17 mpg in the city and 23 mpg on the highway. That’s more mpg than you get from Lincoln Navigator, for example.

The overall design won’t change, which is normal, considering that we are talking about the second production year. The recent redesign has brought significant improvements, starting from the new TNGA-F platform, which improves torsional rigidity by 20 percent, but also makes the new model 440 pounds lighter compared to the previous generation.

There is also a new suspension setup, which makes the ride much more comfortable. One of the things we should mention about suspension is Active Height Control hydraulic suspension, which can increase height by 7 inches and lower it by 2 inches.

Of course, this has a big impact on off-road potential, just like other off-road features, such as the standard all-wheel-drive with Torsen differential at the center. Higher trim levels come also with a limited-slip rear differential, while all models come with 7 drive modes, so you can adapt your LX to any driving condition. The Hill Descent control system has been updated as well and now works much better than before.

The inside of the 2023 Lexus LX 600 won’t change. We are about to see a familiar design, which looks pretty impressive. The new dashboard features super-fine materials, while we also like its a little bit unusual shape. Of course, there are numerous tech features that make everything look even better, particularly the pair of screens on the center stack, where you can find a 12.3-inch infotainment screen and a 7-inch screen for climate controls and similar things.

The massive center console makes the cabin feel sporty, while the front seats are perfectly shaped and offer superior comfort. When it comes to back seats, you can pick different configurations. Base versions come with two rows of seats while more expensive variants add the third row. Also, the flagship model called Ultra Luxury drops the third row and replaces the second-row bench with a couple of seats, so it accommodates just four people.

We expect that the 2023 Lexus LX 600 will hit the market sometime in the last quarter of the year, with a starting price of around 88.000 dollars. Key competitors are models like Cadillac Escalade, Lincoln Navigator, Range Rover etc.