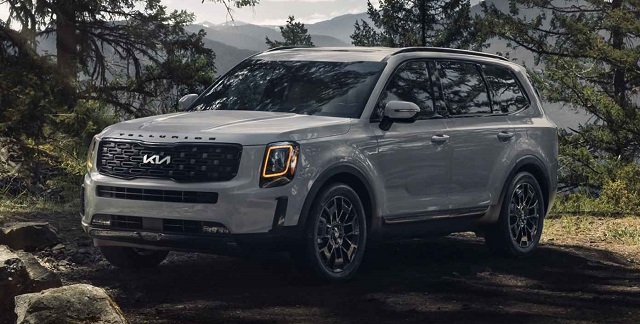 Kia’s larges SUV has been around for a while and after great initial reception, it became one of the brand’s most important models in North America. It marks decent sales numbers and it is widely considered one of the best mid-size crossovers. The Korean manufacturer wants to retain and even more improve its position and that’s why the 2023 Kia Telluride is coming with updates. We are about to see a typical mid-cycle refresh, which will bring mostly styling changes.

Besides the new styling, the 2023 model should also come with a couple of interior updates, as well as more standard equipment. On the other hand, we hardly believe that the next year could bring changes under the hood, though there are some rumors that speculate about the possibility to see a hybrid version of the SUV.

In any case, the next year’s model is expected to arrive a little bit earlier than usual, but still within the second half of 2022.

The current model has been around for a couple of years and it still seems pretty fresh in all aspects. Therefore, we are pretty sure that this update is about to bring styling changes only. This should be a typical facelift and even the styling changes shouldn’t be too significant.

The test mule has been spotted on the road and despite that it still wears camouflage, we are pretty sure that the styling changes will be subtle. Most of them should come at the front. We expect to see a different grille pattern, as well as a new internal design of headlights. Combined with a slightly reshaped bumper, they should provide a little bit more prominent look. A couple of changes on the other end are expected too, while updates in terms of new wheels and color options also sound likely. Finally, there is always a chance to see some new appearance package on the offer.

A couple of interior updates are possible too. The 2022 model has brought a new steering wheel with the company’s new logo, but the 2023 Kia Telluride would probably bring a little bit more. We count on a couple of revisions on the dashboard, which would include some new shapes, new materials and colors. The same refers to the rest of the cabin as well. Some sources also speculate about a new gear selector, which would replace the traditional lever-type shifter. 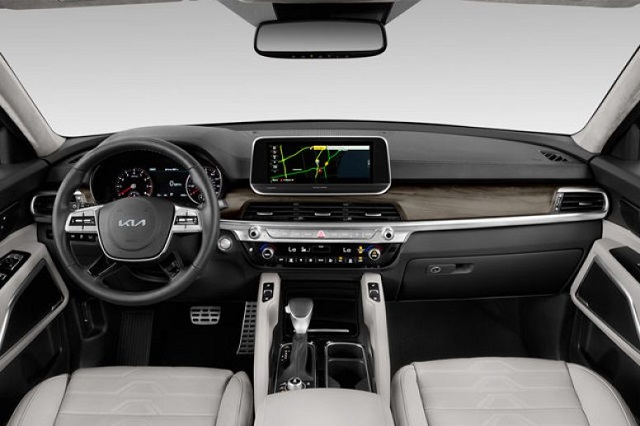 On the other hand, the overall cabin layout will certainly remain the same. The 2023 Kia Telluride is about to carry on with the same interior layout, which accommodates three rows of seats and up to eight passengers. The cargo area also offers a pretty generous amount of space. You may count on about 21 cubic feet behind the third row, 47 behind the second and 87 cubic feet of the total cargo volume. That’s above-average for the segment.

There is no doubt that the 2023 Kia Telluride will also bring novelties regarding the standard and available equipment. At this point, it is still early to talk about details but we should keep in mind that the current model already stands pretty well in this aspect, so changes probably won’t be too significant.

Under the hood, the 2023 Kia Telluride will continue with a familiar 3.8-liter V6 engine, which puts out around 290 horsepower and offers pretty good driving dynamics. The engine comes in pair with an 8-speed automatic transmission, which is smooth and does a pretty fine job in general. The Telluride returns around 20 mpg in the city and 26 mpg on the highway, which is about average for the segment. Of course, models with all-wheel drive are slightly thirstier.

Some rumors also speculate about a hybrid version. We presume that this system would be based on some four-cylinder engine, probably turbocharged. However, the officials are still quiet on this matter. So, you should take the arrival of such a version with a big reserve.

We expect to see 2023 Kia Telluride sometime in the second half of 2022, with a starting price of around 34.000 dollars. Some of the key competitors are models like Honda Pilot, VW Atlas, Chevy Traverse etc.