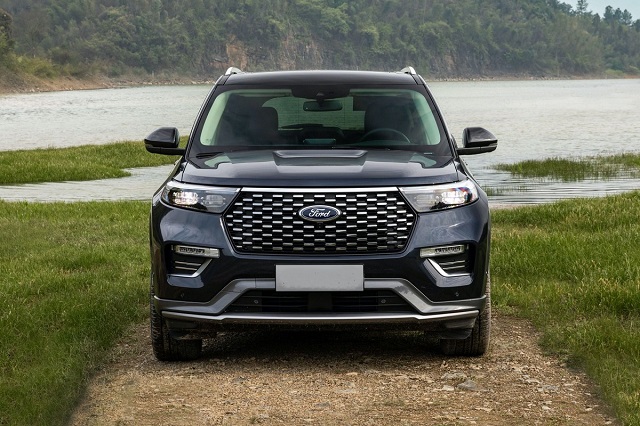 The Explorer has been one of the best-selling and most famous SUVs around for a long time. The current generation is also pretty successful, as the second best-selling model in the segment, behind Toyota Highlander. However, the competition is getting tougher every year and in order to retain the current position on the market, the Blue Oval company will have to bring some updates. From what we know so far, the 2023 Ford Explorer will receive a mid-cycle update. We presume that the focus of this update will be in aesthetics, though novelties in other aspects are expected as well.

The 2023 Ford Explorer should get an updated styling. Furthermore, we could see some interesting novelties on the inside, as well as some new tech and safety features. Finally, some sources speculate about the possibility to see a PHEV version for the first time in North America.

The updated 2023 Ford Explorer should hit the market sometime in the second half of 2022. 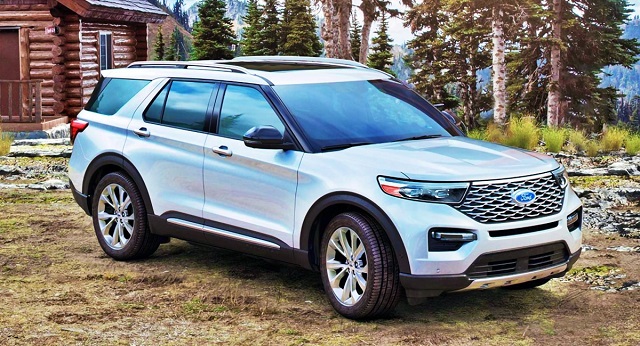 As we’ve just mentioned, the 2023 Ford Explorer is about to receive a mid-cycle update. At this point, we still don’t know the details, but we presume that the focus will be on the styling. The new version should bring a new front-end design. We presume that the changes will be subtle. we could see a new grille design, a new bumper and similar things. The rear end could come with a couple of modifications as well. Of course, things like new color options and wheels are expected too, while we wouldn’t exclude the possibility to see a new appearance package either.

On the other hand, the mechanical aspect of the vehicle should remain pretty much the same. The current generation rides on the company’s familiar CD6 platform and unlike most competitors, it features an RWD layout. Of course, versions with all-wheel drive are available too.

Interior updates are possible too. Like most Ford models, this SUV doesn’t look spectacular from the inside either. It features mostly hard plastics and lower-rent materials, though we have to say that the build quality is pretty decent. So, the 2023 Ford Explorer could come with some new, nicer materials, while we also expect to see new color schemes on the offer. Also, we wouldn’t be surprised if we see new tech goodies. For example, the large 15-inch touchscreen from the F-150 could be offered in this SUV too, with the new infotainment system. This means that the currently-optional 10.1-inch unit would become standard.

On the other hand, the rest of the cabin would remain the same. We would see a familiar cabin layout, which comes standard with three rows of seats. The front seats are massive and supportive, with plenty of room. The second row also accommodates adults easily, though we have to say that rivals like Chevy Traverse offer more legroom in the second row. The same thing can be said for the third row, which is typically tight for the segment.

When it comes to the cargo area, this SUV offers around 18.2 cubic feet of space behind the third row, 47.9 cubic feet behind the second, and a total of 87.8 cubic feet. Those are pretty good numbers for a mid-size SUV.

Of course, we would expect to see more standard equipment after this refresh. We already mentioned the possibility to see a new infotainment screen. Other than that, we presume that some of the current options would become standard.

The base 2023 Ford Explorer will continue with the same engine under the hood. THat’s a 2.3-liter turbo-four, which puts out around 300 horsepower and 310 pound-feet of torque. That’s a decent amount of power, which should satisfy most drivers.

For those who are looking for something more capable, there is a 3.0-liter twin-turbo V6, which puts out 400 horsepower. Finally, there’s a hybrid version, based on a good-old 3.3-liter V6. The whole system features a max output of 318 horsepower.

Some sources also speculate about the possibility to see a plug-in hybrid version of the Explorer. This variant is currently available in Europe, with a max output of 450 horsepower. Besides plenty of power, this model also offers 29 miles of the all-electric range, thanks to the 13.6-kWh battery pack.

We expect that the 2023 Ford Explorer will hit the market sometime in the second half of 2022. The starting price shouldn’t increase significantly, so base versions should be available at around 34-35.000 dollars.