It’s no secret that Cadillac engineers are working on the next generation of this crossover. According to the latest reports, the all-new model will be ready for the 2023 calendar year, as the 2024 XT5. This clearly indicates that the 2023 Cadillac XT5 will be the last one of the current generation, which has been around since 2017. So, it’s hard to expect any bigger change for the next year. Most of the things will remain the same, though there is always room for minor updates, such as new standard features or color options.

The overall layout will certainly remain the same. So, you may count on a crossover that still has a lot of good things to offer, starting from the spacious cabin and plenty of passenger space. Furthermore, we like the turbo-four engine, which is pretty efficient. On the other hand, the big complaint goes to the ride quality, while the interior could have been done better as well.

Since there are no bigger changes to come, we expect that the 2023 Cadillac XT5 will hit the market sometime in the last quarter of the year.

As there are no bigger changes to come, we know what to expect from the 2023 Cadillac XT5. This will be the same vehicle that was launched way back in 2017, which rides on GM’s familiar C1 platform. What we don’t like about this crossover is its ride quality. It isn’t particularly smooth, nor particularly agile. So, we doubt that anyone can be impressed with it.

When it comes to the styling, the current model looks decent, even though it doesn’t follow the brand’s latest design language, like the XT6, which looks way more aggressive and attractive. The next year could bring a new color option to the table but other than that, expect no changes.

When it comes to interior design, the thing we like most is the amount of passenger space. With the wheelbase that measures 112.5 inches, it’s no wonder that the XT5 accommodates adults in both rows with ease. The front seats offer a lot of comfort and side support, while it’s also pretty easy to find a good driving position, thanks to a lot of adjustability options. The second row deals with taller passengers with ease. When it comes to the cargo area, you may count on typical ratings for the class. In numbers, that would be around 30 cubic feet of cargo space behind its back seats and 63 cubic feet with them folded. 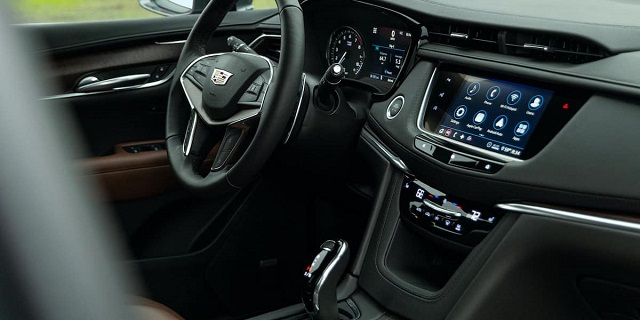 On the other hand, the thing that’s not so impressive is the interior quality. It’s far from bad but the overall impression is that rivals offer nicer materials, better build quality and, generally, they look more upscale.

As we are talking about the final production year, it’s hard to expect any bigger change in terms of standard and available equipment. We expect that base models will come equipped with goodies like dual-zone climate control, remote start, an 8-inch touch screen, an eight-speaker Bose audio system, satellite radio, Bluetooth, four USB ports, a Wi-Fi hot spot, and wireless Android Auto and Apple CarPlay. The list of options should include things like tri-zone climate control, sunroof, wireless device charging, navigation, a 14-speaker Bose audio system, and a rear-seat entertainment system. 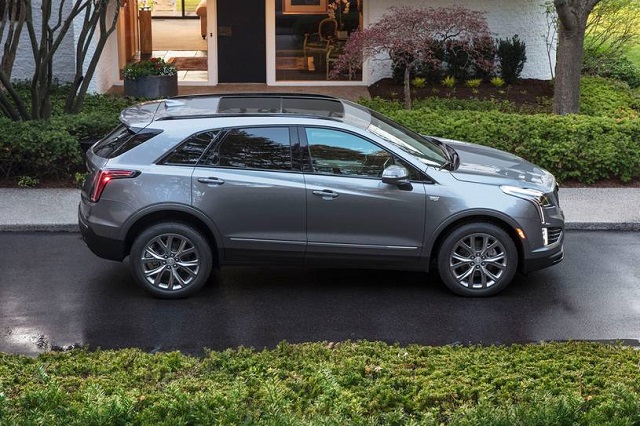 The 2023 Cadillac XT5 will continue with two familiar engine options on the offer. Base models will continue with a 2.0-liter turbo-four, which puts out around 235 horsepower. Most drivers should be satisfied with this engine, while those more ambitious may opt for the 3.6-liter V6. This one puts out around 310 horsepower and offers notably better performance. Both engines come with a 9-speed automatic transmission, which sends power to the front or all wheels, depending on the version you choose.

We expect that the 2023 Cadillac XT5 will hit the market sometime in the last quarter of the year. Since there are no bigger changes to come, we presume that the starting price will remain the same as for the current model, which starts at around 43.000 dollars.