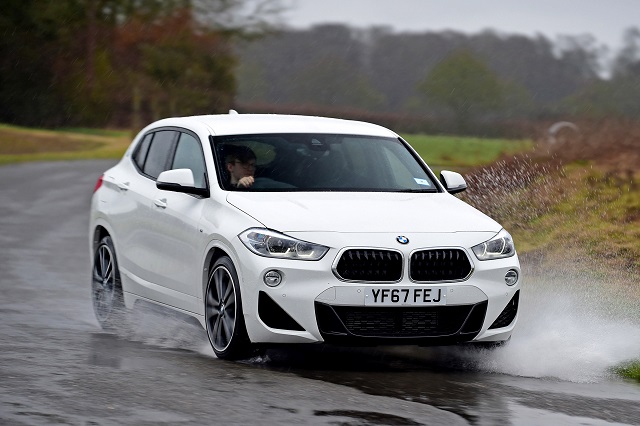 The Bavarian carmaker already presented the 2023 BMW X2, which brings a couple of interesting novelties. Despite that being around since 2018, this small crossover hasn’t received a mid-cycle refresh yet. The next year’s model won’t either, even though it will be the sixth production year. However, the novelties it’s about to bring will be pretty interesting. We are about to see a new package called GoldPlay, which will bring not just new visual details, but also some pretty notable mechanical upgrades.

On the other hand, the overall layout will remain the same. We are about to see the same design, which has a lot of good things to offer. We like its potent engines, as well as the sporty handling. Furthermore, the cabin features pretty good quality, while the infotainment system is easy to use. On the other hand, the biggest complaints go to the firm ride, as well as to the fact that Android Auto isn’t available. 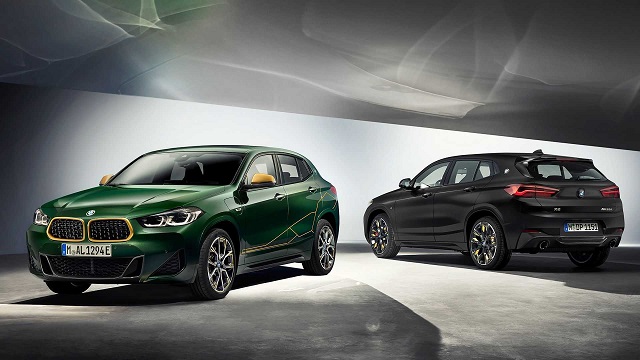 As we’ve just mentioned, the 2023 BMW X2 will bring some pretty interesting novelties. They will come in the form of the new GoldPlay package, which brings a lot of new styling details, including a more aggressive front end and unique gold trim. Interestingly, this package will be available in certain colors only – San Remo Green, Alpine White, Black Sapphire, Storm Bay, or Skyscraper Grey. Besides visual updates, this package will also bring some mechanical upgrades, in terms of the upgraded suspension setup and retuned steering.

Other than the new package, the 2023 BMW X2 will continue in the same way. This crossover is closely related to the X1 model, while the main differences are in terms of the rear-end styling. On the other hand, the mechanical aspect is pretty much the same, based on the UKL2 platform, the same one that underpins several Mini models as well.

This part of the vehicle won’t change much. The 2023 BMW X2 will continue with the same interior design, which looks nice and elegant. The dashboard design is relatively simple, while things like materials and attention to detail are on a decent level. 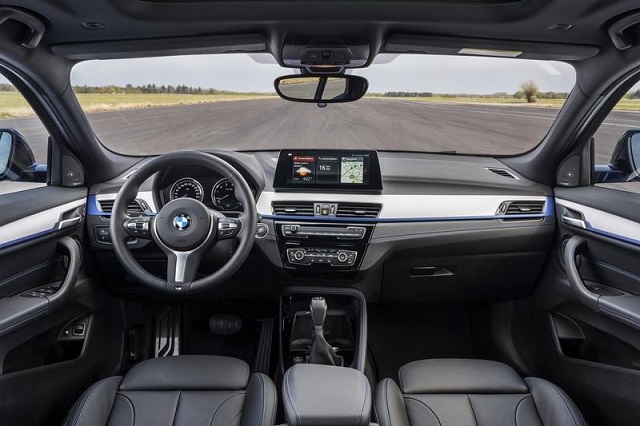 The front seats are spacious and comfortable, with good support and a good driving position. On the other hand, the second row offers a decent amount of legroom, though the headroom feels a little bit tight, due to the sloping roof design.

For the same reason, the cargo area is smaller compared to the X1. In numbers, it offers around 21.6 cubic feet behind the second row and 50 cubic feet of the total cargo volume, which is typical for the class.

The list of standard and available equipment is pretty decent in this model. The base version comes standard with goodies like dual-zone climate control, an 8.8-inch touch screen, Apple CarPlay, a seven-speaker stereo, HD Radio, satellite radio, navigation, Bluetooth, and a USB port. Among optional features, you can find goodies like a panoramic sunroof, wireless device charging, a Wi-Fi hot spot, and a 12-speaker Harman Kardon surround-sound stereo.

The 2023 BMW X2 is available with the powertrain options. Base models feature a familiar 2.0-liter turbo-four, which puts out around 228 horsepower and 258 pound-feet of torque. That’s plenty enough to satisfy most drivers, while those who look for something peppier may opt for the M-badged model. This one also comes with the turbo-four engine but tuned up to 301 horsepower.