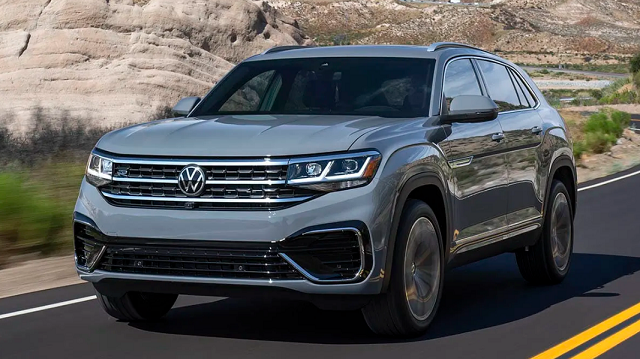 If you look at the overall package, the VW Atlas may not be the most desiring SUV in the class. However, it is one of the best choices for all those drivers how are looking for a spacious crossover that actually accommodates adults in the third row with ease. This is one of the largest vehicles in the class and we particularly like the fact that it is also quite maneuverable for its size. The recent update has brought a lot of interesting novelties, particularly in terms of styling. Therefore, we are pretty sure that the 2022 VW Atlas won’t feature significant changes.

You may count on a familiar layout, which offers plenty of sheet metal for the money. However, the spacious interior and cargo area aren’t the only strong points of this crossover. It is also pretty easy to drive, given its size. On the other side, it isn’t particularly efficient, while most critics find its interior quality way below VW’s typical standards. We expect to see the 2022 Atlas sometime in the last quarter of the year. 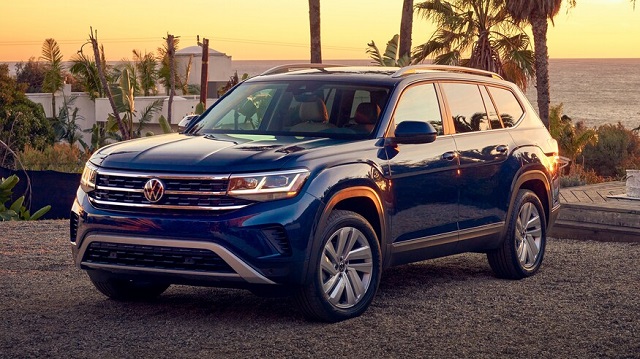 Despite it measures more than 117 inches in wheelbase, the Atlas is actually based on the VW MQB platform. This one is usually reserved for smaller and mostly mainstream models. Unlike the Touareg, it is designed as an economy car and features a typical transverse engine layout. Of course, FWD is standard but you can get the AWD version as well. We particularly like the suspension setup, which makes this large crossover quite easy to drive and, at the same time, very smooth and comfortable.

Styling-wise, the recent update has brought a new appearance. There is a new front end, while the back of the car also features several novelties, all inspired by the Atlas Cross concept. Therefore, it’s hard to expect some more significant changes for the next year. Still, there is always a chance to see smaller updates, such as new color options and similar things.

The inside of the 2022 VW Atlas will also continue in the same way, which is both good and bad. On one side, this is one of the most spacious models in the class and also one of the rare crossover that offers a third row spacious enough to accommodate adult passengers. The cargo area is also very impressive. You may count on about 20.6 cubic feet of cargo space behind its third-row seats, 55.5 cubic feet with these seats folded down, and a vast 96.8 cubic feet of the total cargo volume. Those are some of the highest ratings in the class.

On the other side, the interior quality definitely isn’t at the level you would expect from the Volkswagen. While the dashboard looks typically dull for the brand, materials are pretty disappointing, especially in lower areas, where you can find nothing but hard plastics.

The biggest novelty will come this summer, for the 2021.5 model year. We are about to see a new infotainment system. The screen will remain the same, while the software will be all-new. Therefore, we don’t expect to see any bigger novelties for the 2022 VW Atlas. Most of the things are about to remain the same as in the current model, which comes standard with goodies like a 6.5-inch touch screen, Apple CarPlay, Android Auto, a USB port, Bluetooth, and a six-speaker stereo system. Additionally, you can get things like an 8-inch touch screen, navigation, HD Radio, satellite radio, a 12-speaker Fender sound system, up to five USB ports, automatic climate control, and the Volkswagen Digital Cockpit.

The 2022 VW Atlas will come with two familiar engine options in the offer. Base models use a 2.0-liter turbo-four, which is good for about 235 horsepower and 258 pound-feet of torque. That’s more than enough for daily commuting, while those who look for something peppier should consider the optional 3.6-liter V6. It puts out around 276 horsepower and 266 pound-feet of torque. On paper, it isn’t much more powerful than the turbo-four but in practice, it runs much smoother, typically for a six-cylinder engine. 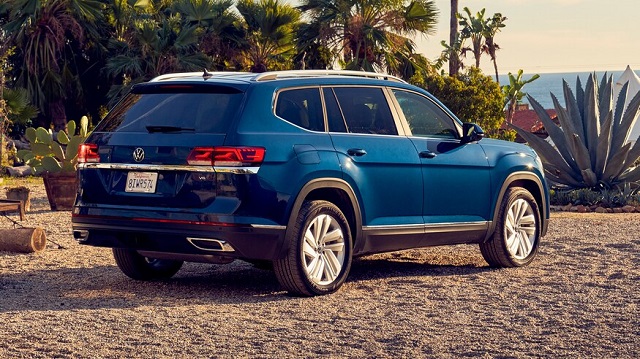 We expect to see 2022 VW Atlas sometime in the last quarter of the year, with the starting price around 33.000 dollars. Key competitors are models like Honda Pilot, Chevy Traverse, Subaru Ascent etc.