For more than a year, we’ve been constantly getting updates about the next-generation Tundra, which is certainly one of the most anticipated models for the next year. The latest reports show how the new 2022 Toyota Tundra could look like, though it’s still hard to say whether these photos are authentic or not. In any case, they give us a clearer picture of what to expect from the new model, which is about to replace the outdated current generation, which has been around since 2007.

Of course, these pictures aren’t the only source of information and we already know a lot of things about the super-durable pickup. One of the things that come to mind first is the new powertrain, as it looks like Toyota is about to drop the V8 in favor of a twin-turbo V6. Naturally, we count on all other kinds of upgrades, including a completely new interior design, equipped with lots of the latest tech goodies. The all-new 2022 Toyota Tundra will hit the market in the last quarter of 2021. 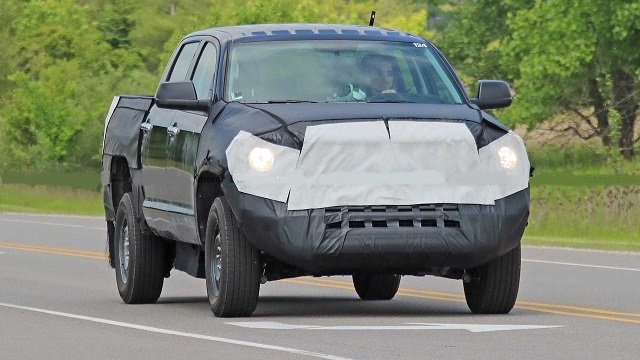 Despite that the Japanese manufacturer is trying to keep details about the next-generation Tundra as secret, we already know a lot about. Of course, the first thing that comes to mind is the platform. Considering that the current generation has been around for nearly 13 years, it’s no wonder that we are about to see a completely new architecture. It has been codenamed F1 and it is a BoF version of Toyota’s new TNGA platform.

At this point, we don’t know the exact details about the new architecture but we count on significant improvements in various aspects. Of course, some of the first things that come to mind are towing capacity and driving experience. Furthermore, it’s no secret that the new 2022 Toyota Tundra will come with a completely new rear suspension, which will most likely feature air components.

The latest update about the 2022 Toyota Tundra was about the styling. A week ago, a couple of photos appeared on the Instagram page called Car Secrets. Some photos clearly show the look of new headlights, as well as parts of the new grille and bumper. There are also some photos of the whole truck, but they are in extremely low resolution and hardly show anything. 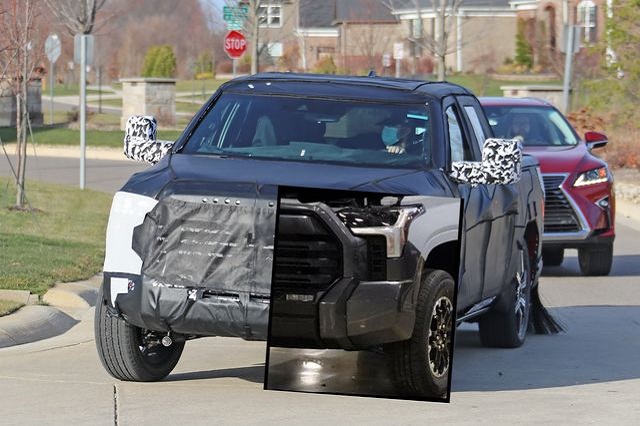 All in all, we can say that the new Tundra will certainly look more attractive. We count on a bold look and the front end that will probably take a lot of inspiration from models like RAV4 and even from the good-old 4Runner in some way.

Another thing we should mention is that some sources suggest the possibility to see a single cab version in the offer as well. Currently, this truck comes in double and crew cab layouts only.

Naturally, big changes are about to come on the inside as well. Simply, the current cabin hasn’t changed too much since the initial launch, so it’s quite easy to conclude that changes will be significant. The current model features an outdated dashboard with mostly hard plastics and that’s going to change. The new dash will look far more attractive and besides quality materials and excellent build quality, we also count on loads of new tech features, which will make everything look even better. One of the things we could see is a new 12-inch infotainment screen, which will probably be offered as an option.

As we just mentioned, the new model could come in a single cab layout in the offer too, along with the existing Double and CrewMax models. We don’t expect to see some significant changes in terms of the interior dimensions of the latter.

This is where we expect to see really big changes. It looks like the good-old V8 engine is about to be replaced with something smaller and more efficient. Most likely, the 2022 Toyota Tundra will borrow the powertrain from Lexus LS500. That refers to a familiar twin-turbo V6, which puts out around 416 horsepower and 442 pound-feet of torque. Of course, we could see some revisions for this occasion, but this already seems like a pretty respectable amount of power. The new engine should come in pair with a 10-speed automatic transmission.

A hybrid version is expected too. Although we are still waiting for the set

ails, Toyota could easily use the same V6 engine and boost it up with electric motors. Some sources suggest a max output between 450 and 500 horsepower.