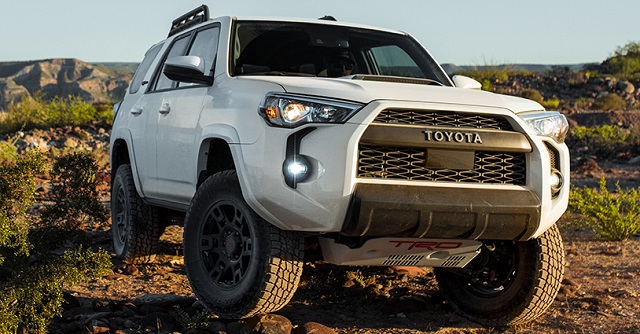 The super-capable SUV from Toyota probably won’t feature bigger changes for the next year. The Japanese manufacturer is currently busy with the next-generation Tundra, and the new 4Runner will probably come a year later, for the 2023 model year. Meanwhile, the 2022 Toyota 4Runner will continue in a familiar way, featuring familiar design characteristics and features.

Despite it’s been around for more than a decade, the current generation still has a lot of good things to offer, especially when it comes to off-roading. This is one of the few remaining fully-framed mid-size SUVs on the market and that’s why it’s still extremely popular. It is capable off the road and also comes with a spacious and practical cabin, long list of safety features etc. On the other hand, the biggest complaint goes to the engine, which is thirsty and would use a little bit more power.

Since there are no significant changes to come for the next year, we presume that the 2022 Toyota 4Runner will hit the market sometime late in the year. 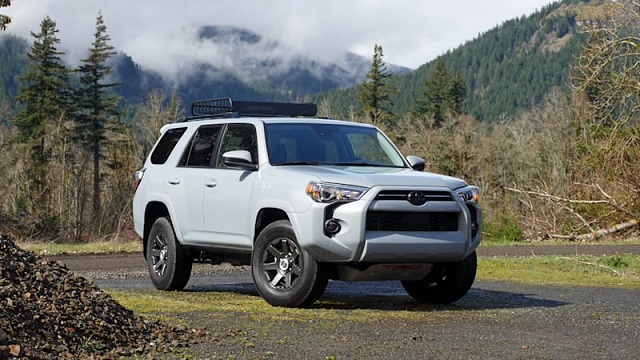 Design-wise, the 2022 Toyota 4Runner won’t change. Simply, it will represent the final production year of the generation, so bringing up updates doesn’t make any sense. You may count on the same overall design, which has been around since 2009. Of course, we saw visual updates since then and the SUV looks rugged and muscular.

More importantly, the SUV is very capable off the road. For example, you may count on 9.6 inches of ground clearance, while a two-speed transfer case is also on the list of standard equipment. Additionally, you can get upgrades like locking rear differential, low-speed crawl control, skid plates etc. Moreover, you can also get Kinetic Dynamic Suspension System, which electronically disconnects the sway bar, allowing more suspension travel.

On the inside, no many things have changed since the 2009 launch and that’s pretty easy to notice. The dashboard looks really outdated. The aesthetics definitely belong to some previous era of the automotive industry. Also, most of the cabin features hard plastics and similar low-rent materials, though the build quality is actually pretty good. All in all, this cabin doesn’t look particularly attractive but can last for decades.

The 2022 Toyota 4Runner will continue with the same cabin layout, which offers three rows of seats. The front seats are spacious and comfortable, while the driving position is also pretty good. The second row is as spacious, while we can’t say the same for the third one. This row is typically tight for the segment and works only for kids.

When it comes to the cargo area, you may count on just 9 cubic feet behind the third row. Fold it down and you get nearly 49 cubic feet of cargo space. The total volume (behind the first row) goes up to 89 cubic feet.

We don’t believe that the 2022 Toyota 4Runner could bring bigger changes in this aspect either. Instead, things should be pretty much the same as in the current model, which comes standard with an 8-inch touchscreen, Apple CarPlay, Android Auto, Amazon Alexa, 8-speaker audio system, satellite radion, Bluetooth, 4 USB ports, Wi-Fi hotspot, keyless entry, a power liftgate, 120-volt outlet etc. Additionally, you can get upgrades like navigation, a 15-speaker audio system,  HD radio, dual-zone climate control, keyless entry, power moonroof etc.

Expect no surprises under the hood of the 2022 Toyota 4Runner. This SUV will continue with a well-known 4.0-liter V6, which offers impressive durability and reliability. On the other hand, its max output goes around 270 horsepower and 278 pound-feet of torque. These numbers sound okay and definitely do the job, but most reviewers suggest it would use a little bit more power. The engine comes in pair with a 5-speed automatic transmission, which does a pretty good job, despite the lack of gears. Of course, four-wheel drive is standard.

When it comes to fuel economy, this is one of the thirstiest engines around. You may count on about 16 mpg in the city and 19 mpg on the highway. Those are some of the lowest ratings in the class. 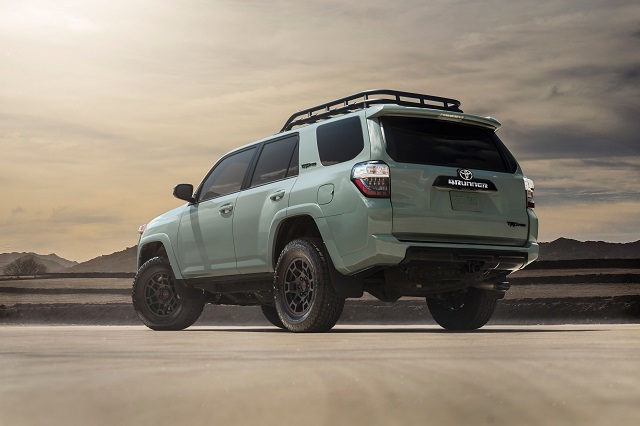 Considering that the full redesign is around the corner and that the 2022 Toyota 4Runner will represent the final production year of the generation, we don’t expect any notable changes. The lack of changes means it should arrive at a typical time of the year, sometime in the last quarter of 2021. The price shouldn’t change either, so base versions will probably go around 37.000 dollars. Four-door versions of Wrangler and Bronco are probably the key competitors.