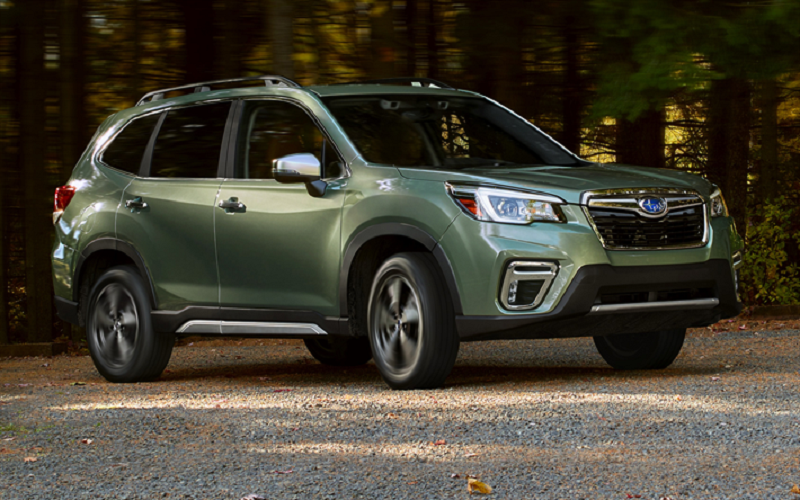 The current generation of Subaru’s well-known compact crossover has been around for a few years. If you look at it, most of the things are really great. It is a spacious and practical SUV, which features excellent fuel economy and comes standard with the company’s well-known AWD system. Furthermore, it features an intuitive infotainment system and a quite spacious cargo area. Still, it looks like something is missing, and that could be fixed with the 2022 Subaru Forester.

If you don’t we know what we are talking about, it’s about the powertrain. The current model is available with just one, naturally-aspirated engine in the offer and many Subaru enthusiasts hope they could finally see the famous XT version. Of course, this model would come with significantly more power, with a turbo-four engine and several more upgrades. At this point, we are still waiting for the official confirmation. In any case, we expect that the 2022 Subaru Forester will hit the market sometime in the second half of the next year. 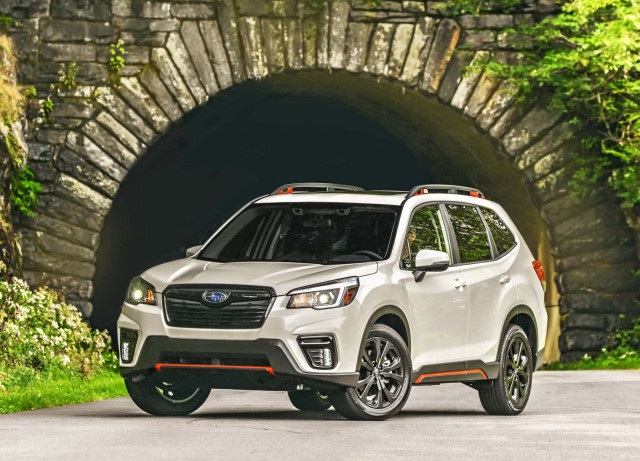 2022 Subaru Forester Could Finally Get Turbo-Four

As we’ve just mentioned, the current model is really amazing in many aspects, but fans of this brand feel something is missing. So, it’s no wonder that rumors suggest a comeback of the famous XT model. Of course, the first thing that comes to mind is the engine. Fortunately, the Japanese manufacturer already has a proper engine for this occasion. Of course, we are talking about a new 2.4-liter turbo-four, which is good for about 260 horsepower and 277 pound-feet of torque. Moreover, we could even see a slight upgrade for this occasion. We hope for more details in the near future.

On the other side, base models will carry on with a familiar 2.5-liter naturally-aspirated engine, which puts out around 185 horsepower. This engine seems okay for daily commuting and would definitely satisfy most drivers. Moreover, this engine is also characterized by a pretty impressive fuel economy, which goes around 26 mpg in the city and 33 mpg on the highway. Keep in mind that we are talking about the standard all-wheel drive.

In terms of base design characteristics, the 2022 Subaru Forester won’t change. The current generation is still quite fresh for more important modifications. Also, the Japanese manufacturer is usually pretty conservative with updates during a production cycle. All in all, the best we could see are some tweaks for the possible XT model, which would accentuate its performance character.

The same thing goes for interior design. Still, that’s not an issue in this case at all. Simply, the current cabin is pretty amazing. It looks great, while the materials are very nice too. Furthermore, the cabin is equipped pretty well, which makes everything look even more attractive. 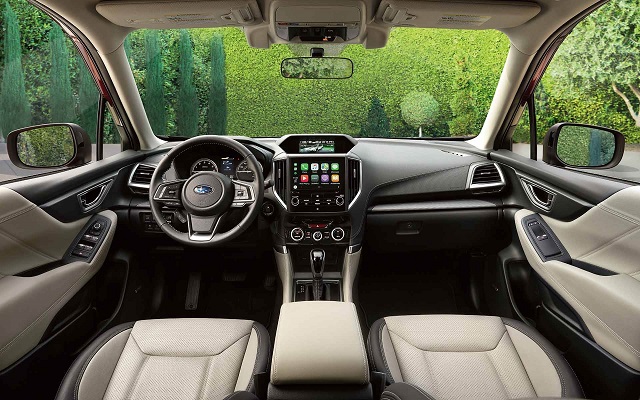 The overall layout will also remain the same, which means you may count on a pretty spacious cabin. Both rows offer a sufficient amount of passenger room. So, adults can comfortably accommodate in the back as well. The cargo are also offers some pretty solid numbers. You may count on about 31 cubic feet behind the second row and 71 cubic feet of the overall cargo volume. Those are some of the highest ratings in the segment.

Some smaller reorganization in terms of standard and available features is always possible. However, we have no doubt that most of the things will certainly remain the same. The current model comes standard with tech goodies like automatic climate control, a 6.5-inch touch screen, two USB ports, Apple CarPlay, Android Auto, satellite radio, HD Radio, Bluetooth, and four speakers. In higher trim levels, you can also count on things like an 8-inch touch screen, a six-speaker audio system, a nine-speaker Harman Kardon sound system, a Wi-Fi hot spot, two additional USB ports, navigation, dual-zone climate control, panoramic sunroof and more. 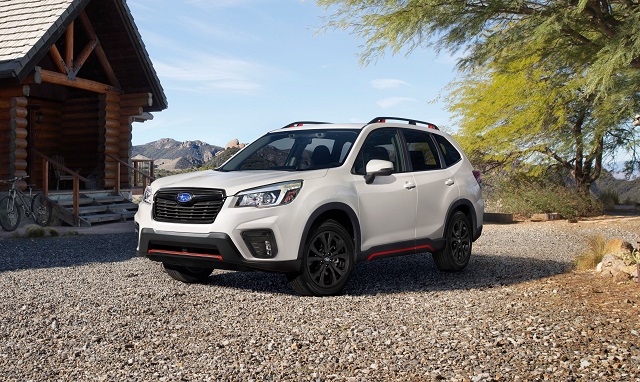 Despite the possible updates, we are pretty sure that the 2022 Subaru Forester won’t come much earlier than usual. We expect to see it sometime in the second half of the next year. When it comes to the price, base versions should go around 25.000 dollars. The competition in the segment is extremely tough. Some of the key players are models like Toyota RAV4, Honda CR-V, Mazda CX-5 etc.