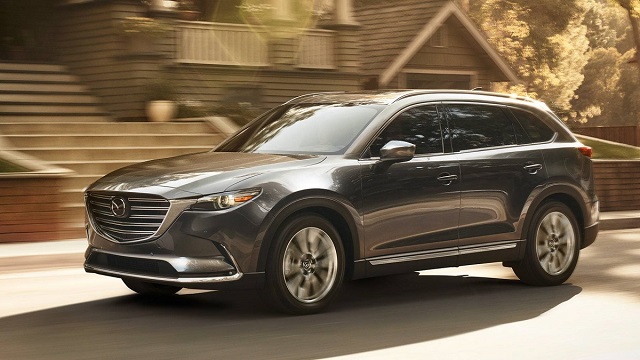 The current generation of Mazda’s largest crossover has been around for nearly five years and if we consider the company’s usual production cycles, it looks like the current model will remain in production for a few more years. Moreover, the latest reports suggest that the Japanese manufacturer won’t come up with significant novelties before the introduction of a new engine lineup, which is expected in sometime in 2022. After that, the first model to debut will be Mazda6 and others, including this one, would arrive later. Therefore, it’s not hard to presume that the 2022 Mazda CX-9 would come as a typical carryover model.

Generally, you may count on a familiar layout, which is impressive in many ways. We are talking about both mechanics and aesthetics. Of course, there’s always a chance to see novelties in terms of new standard equipment and similar things. Things under the hood are about to remain the same. 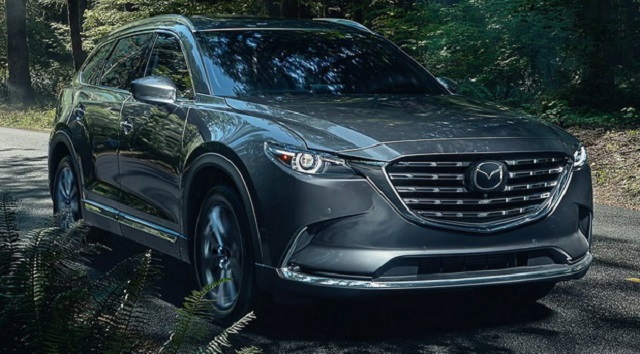 As we’ve just mentioned, no bigger changes are expected for the 2022 Mazda CX-9. We count on the same layout, which uses Mazda’s well-known SkyActive technology. So, even though we are talking about a mid-size crossover, the ride quality is actually pretty impressive. This model is actually pretty fun to drive and that’s something you won’t find in other places, at least when it comes to mainstream rivals.

Visually, things are Mazda-typical, in other words-beautiful. This is still one of the best-looking models in the class, despite many competitors are younger and more up to date. The current, 2021 model year arrived with a new Carbon Edition, which has brought lots of blacked details. Still, we don’t expect such big novelties for the 2022 Mazda CX-9. Of course, things like new color options are always possible.

The same thing goes for interior design. We are talking about one of the best-looking cabins in the segment, which is characterized by impressive materials quality, as well as with Mazda’s gorgeous simplistic aesthetics.  Furthermore, we really like the driving position, while all seats are supportive and comfortable. Visibility is good in all directions.

However, this cabin isn’t without weak points. While everything looks really impressive at the front, things aren’t that great in the back. This particularly refers to the third row of seats. While the first two rows are pretty generous with space, this one is pretty tight and seems best to be left for kids.

The cargo area isn’t particularly spacious either. Moreover, it is one of the smallest in the segment. In numbers, it features around 14.4 cubic feet of space with all the seats up, 38.2 cubic feet behind the second row, and a total of 71.2 cubic feet with both rear rows folded down.

There’s always a chance to see novelties in terms of standard equipment, we are pretty sure that most of the things will remain the same. The recent update has brought a new, bigger touchscreen, with a new infotainment system. It will be standard in the 2022 Mazda CX-9, just like the things like push-button start, tri-zone climate control,  Android Auto, Apple CarPlay, a six-speaker stereo, two USB ports, Bluetooth, and a Wi-Fi hot spot. In higher trim levels, you may also count on things like a navigation system, a 7-inch digital instrument cluster, wireless device charging, four more USB ports, satellite radio, premium 12-speaker audio system, moonroof etc. 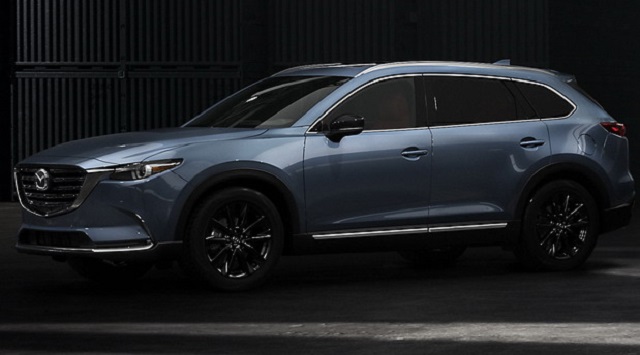 Things under the hood will certainly remain the same. While most rivals rely on V6 engines, including Toyota Highlander and Hyundai Palisade, this one comes rather with a familiar 2.5-liter turbo-four, which features a max output of 227 horsepower with regular fuel. If you pour premium fuel, you may count on a full 250 horsepower and a pretty impressive 330 pound-feet of torque.

Besides great driving dynamics, things are also pretty impressive in terms of fuel economy. You may count on about 22 mpg in the city and 28 mpg on the highway, which are some of the highest ratings in the class.

As we don’t expect to see significant changes for the next year, we presume that the 2022 Mazda CX-9 will arrive sometime late in 2022. When it comes to the price, base models should go around 35.000 dollars.