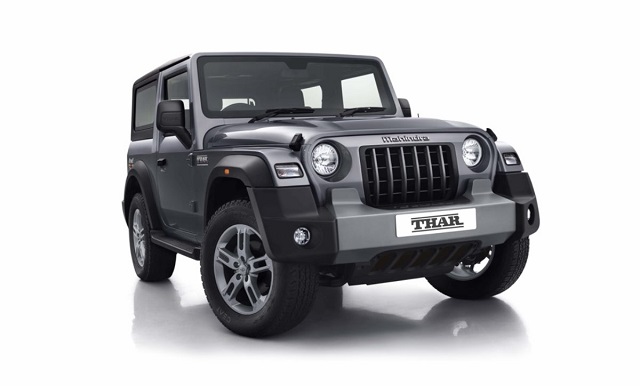 The Thar is one of the most popular SUVs in India and after the last year’s full redesign, it became even better. This is one of the most capable SUVs you can find in this part of the world, which takes a lot of inspiration from the legendary Jeep Wrangler. This doesn’t refer to the styling only, but also a pretty rugged chassis setup. Considering the number of updates and upgrades from the last year, we are pretty sure that the 2022 Mahindra Thar will carry on in the same way, featuring a familiar layout in every aspect.

All this means that you may count on a really capable off-roader, which comes with all kinds of off-road hardware on the offer. Furthermore, it also looks very attractive, while the cabin combines good build quality with a long list of standard and available equipment. Finally, there are two capable engine options on offer.

As there are no significant changes to come, we presume that the 2022 Mahindra Thar will hit the market sometime late in the year. 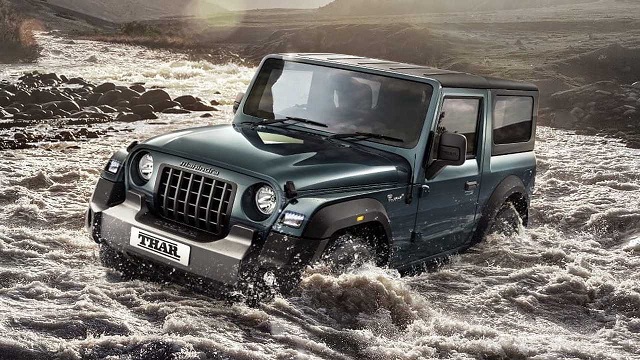 Design-wise, the 2022 Mahindra Thar won’t be any different compared to the 2021 model, which received a complete overhaul. The new model received a lot of upgrades, starting from a new platform. Once again, this SUV features a fully-framed layout, which ensures a high dose of roughness. Furthermore, there is a pretty rigid suspension setup, which helps this SUV deal with all kinds of hard terrains. You may also count on all kinds of off-road features, starting from the four-wheel drive, two-speed transfer case, locking differential, etc.

Styling-wise, this SUV takes a lot of inspiration from the legendary Jeep Wrangler. The front face is really similar, as well as the overall shape. At this point, the two-door version is the only one on the offer.

On the inside, the recent redesign has brought significant improvements. This SUV now looks very modern, as it combines nice materials with an attractive dashboard design. Many parts of the cabin are wrapped with soft-touch materials, while the seats feature leather accents. The seats are also very comfortable and offer good support. Even though we are talking about a two-door SUV, the second row also offers enough space to accommodate adults with ease. 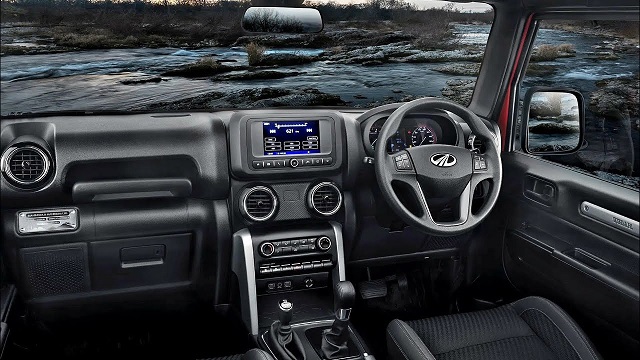 Besides plenty of space and good overall quality, this cabin is also well-equipped with tech features. Of course, the most prominent is a new 7-inch touchscreen, which comes packed with a pretty intuitive infotainment system, which is super easy to use. Also, many drivers will like the fact that the company kept a lot of physical buttons and controls.

Under the hood, the 2022 Mahindra Thar will continue with the same engine options on the offer. There are two variants available, starting from a 2.2-liter turbodiesel, which features a max output of 130 horsepower and 300Nm of max torque. If you prefer petrol engines, you can get a 2.0-liter turbo-four, which is good for 150 horsepower and 320Nm.

Both engines can be paired with either a six-speed manual or a six-speed automatic. Four-wheel drive is standard, while you may also count on things like a two-speed transfer case, locking differential and more.

We expect to see 2022 Mahindra Thar sometime in the last quarter of the year.

What about 5-door Thar?

If we can trust the latest reports, the Indian carmaker is working on a five-door version of this SUV. Allegedly, this version will be ready for 2023 and it will bring few changes compared to the standard model.

We presume that primarily refers to the wheelbase, which should be longer. In practice, such a design would ensure more passenger space, as well as more cargo space. The 5-door version would certainly improve overall practicality but a longer wheelbase also means slightly lower off-road potential.

The mechanical aspect of the SUV and overall layout shouldn’t change too much.