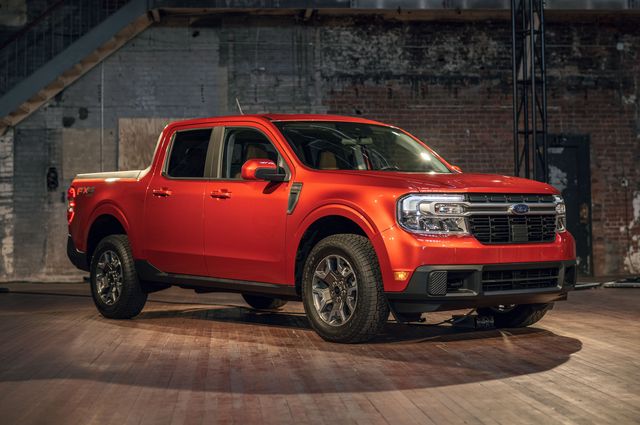 The pickup market is getting bigger and bigger and one of the most interesting things about it is that there is a new niche of buyers, who don’t see these vehicles primarily as workhorses. Instead, they are part of their lifestyle. In other words, such buyers don’t search for spectacular towing capacities, but rather for a vehicle that looks tough but offers comfort and refinement of a crossover. Ford engineers figured out this on time, so the exact kind of vehicle is on the way, in the form of 2022 Ford Maverick.

The new pickup will be different compared to Ranger and F-150. Not only that it will be smaller, but it will also feature a unibody layout, which will be the most significant difference. The new model already had a premier and it looks completely ready. Ford is already taking reservations, while first deliveries are expected in the fall. 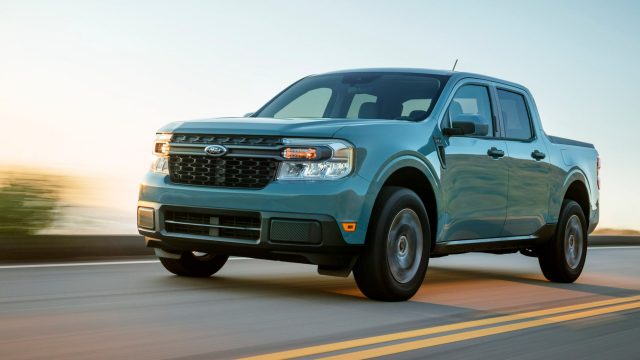 As we’ve just mentioned, the new 2022 Ford Maverick will be positioned below the Ranger. It will be a compact pickup and what’s the most interesting about it is that it won’t feature a traditional BoF design. Instead, it will ride on a unibody platform. More precisely, most of the parts will be shared with the new Ford Bronco Sport crossover. This doesn’t refer just to mechanics, but to other aspects of the vehicle as well.

This includes the styling as well. Despite the car-like platform, the pickup looks pretty tough. It is rugged and includes a lot of bold styling elements. This particularly refers to the front end, which takes a lot of inspiration from the Bronco Sport. From what we know so far, it will be offered in a dual-cab layout only. Still, its compact size probably won’t allow too much comfort in the second row.

On the inside, the first thing you’ll notice is the dashboard, which has a lot in common with the aforementioned crossover. Moreover, it looks largely the same, which is a good thing. It looks modern and rugged at the same time, while the overall quality is pretty good. Aesthetically, it perfectly fits the model’s exterior design, so we have no doubt that a vast majority of potential buyers will like it. Also, there is a pretty long list of tech goodies in the offer. All models will come standard with an 8-inch touchscreen, Wi-Fi hotspot, Android Auto and Apple CarPlay. Additionally, there will be options like SiriusXM satellite radio, an upgraded audio system and wireless charging, to name a few. 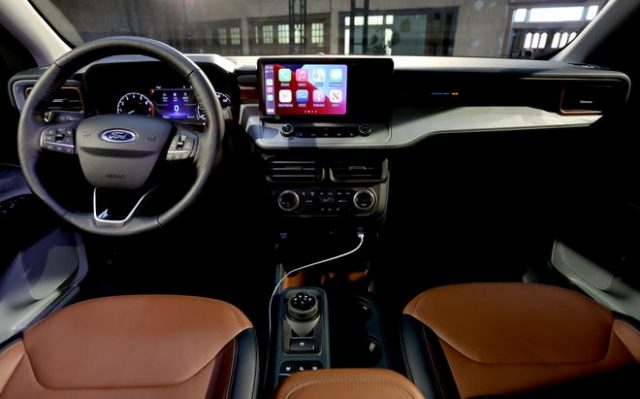 As we already mentioned, the rear seats probably won’t be spectacular in terms of passenger room, especially when compared to Honda Ridgeline. Still, they should offer enough to accommodate adult passengers.

For now, the 2022 Ford Maverick will be offered in four trim levels: XL, XLT, Lariat and Lariat First Edition.

As always,  the XL badge will be reserved for the base version. Still, the number of features will be pretty decent, with things like LED headlights, 8-inch touchscreen, smartphone integration, 12V outlets, USB ports etc.

The XLT will bring a couple of upgrades, such as 17-inch alloy wheels, power-locking tailgate, upgraded interior upholstery etc.

Finally, the Lariat First Edition will stand out with unique styling elements, such as black roof and wheels, unique hood etc. Also, you may count on optional all-terrain tires with 17-inch wheels.

The initial version will come with two engine options in the offer. Base models will use a 2.5-liter naturally-aspirated engine. It gets help from an electric motor, for a total output of 191 horsepower. On the other hand, a non-hybridized 2.0-liter turbo-four will be available, with a max output of 250 horsepower. Both versions would come with 8-speed automatic transmission.

When it comes to fuel economy, the Blue Oval company claims that the Hybrid model will be able to return up to 40 mpg in the city. On the other side, towing capacity won’t be impressive. It will go around 2.000 pounds. Still, it can go up to 4.000 pounds with the optional Towing Package. For comparison, a properly equipped Santa Cruz will be able to tow 5.000 pounds.

As we already mentioned, the new 2022 Ford Maverick can already be ordered, but the first deliveries won’t come before the fall. When it comes to the price, base versions will cost around 21.500 dollars, while fully-loaded versions will go up pretty close to 30.000 dollars. The Hyundai Santa Cruz is expected to be a key rival. However, we won’t be surprised if this model attracts a couple of potential Honda Ridgeline buyers as well.