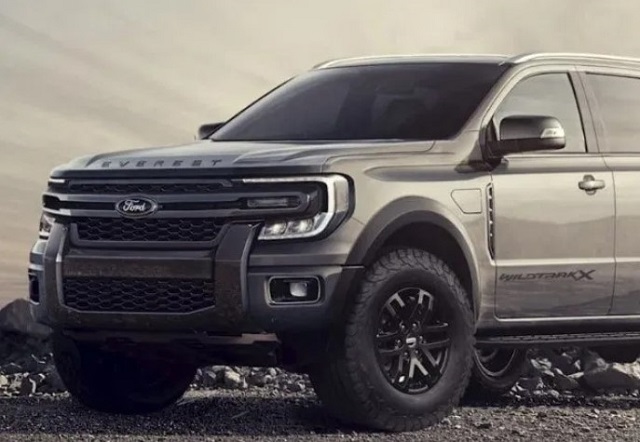 The new generation of Ford’s capable SUV is on the way. Designed by Ford’s Australian department, Everest has been offered in various parts of the world, but primarily in Australia and Asia. The new model is coming and a great thing to know is that it will continue as a genuine SUV. This means it will ride on a rugger body-on-frame platform. Once again, it will share most of the parts with Ford Ranger pickup and it will hit the market as the 2022 Ford Everest.

The testing model has been spotted on the road and despite it wears camouflage, we know a lot of details about it. This refers particularly to mechanics, as the new model is about to bring evolutionary changes. However, it looks like we are about to see big changes under the hood, new diesel and gasoline units in the offer.

The 2022 Ford Everest should hit the market by the end of the year. 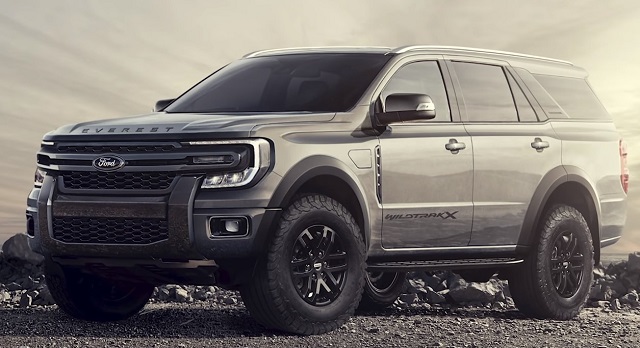 The upcoming redesign is about to bring a lot of novelties. However, most of the changes will be evolutionary. Once again, the Australian department is in charge and once again, the new model is in development along with Ranger pickup. The two models will once again share mechanics.

From what we know so far, the Blue Oval company will keep the same T6 platform, which will undergo significant updates. We presume that dimensions won’t change too much. To remind you, the outgoing model measures around 112.2 inches in wheelbase, which is quite typical for a mid-size SUV.

When it comes to the exterior design, we expect to see similar dimensions as for the current model. The wheelbase should remain the same, but the overall proportions will probably be slightly different. When it comes to the styling, the test mule still wears a camouflage, so it’s hard to talk about details. However, we have no doubt that the front end will look identical to the new Ranger, which is also about to be unveiled soon. From what we can hear, the new models will take a lot of inspiration from other Ford pickups and SUVs, particularly models like the new F-150, Bronco etc.

Another thing we should mention is that the 2022 Ford Everest will probably come in a couple of different variants. Besides standard versions, which are capable and off-road ready, the company will also offer a more sophisticated variant, which will act as a family hauler. This one would come with lower-profile tires, softer suspension, lower ground clearance and similar things. We are still waiting for the official confirmation. 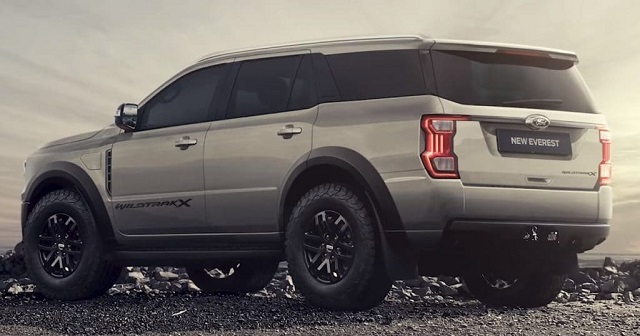 Of course, the new interior design is expected as well. We are about to see a new dashboard design, which will look finer than before, full of quality materials. The build quality should be on a higher level, while we also count on loads of new features, particularly in terms of tech goodies and advanced driver aids.

Considering that proportions probably won’t change too much, the interior space will probably remain the same. We are about to see a similar amount of passenger room. Of course, three rows of seats will be standard, but we will probably see variants with just two rows in the offer as well.

Big novelties are expected under the hood as well. From what we know so far, the old 3.2-liter V6 turbodiesel will be dropped. Instead, the base version will feature a twin-turbo 2.0-liter engine, which puts out around 210 horsepower. Higher trim levels will probably be offered with the larger 3.0-liter V6 turbodiesel, the same one that powers F-150. This engine puts out around 250 horsepower.

We also count on a gasoline version. This model will feature a 2.3-liter turbo-four, with a max output of 270 horsepower. All engines should come in pair with a 10-speed automatic transmission.

We expect that the 2022 Ford Everest will hit the market by the end of the year. Key competitors should be models like Toyota Fortuner, Toyota Land Cruiser Prado, Nissan Patrol etc.