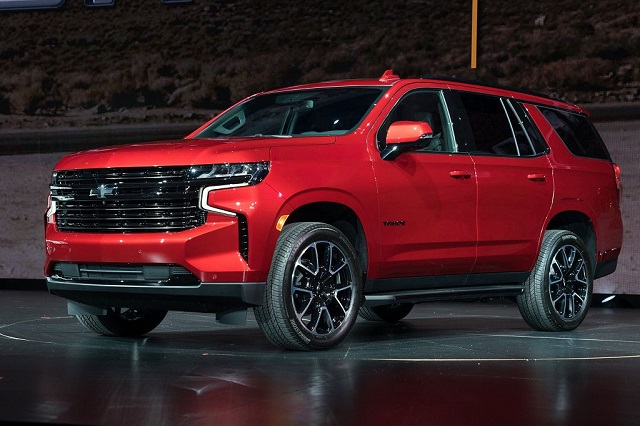 The new generation of Chevy’s full-size SUV has just arrived and if we consider that the 2022 Chevy Tahoe will represent the second production year, it’s easy to predict that there will be no bigger changes. Such words sound perfectly normal, but there are also sources that suggest we could still see a couple of interesting novelties for the next year. According to them, Chevy could offer an off-road version, a model with mechanical and visual upgrades, as well as with the famous Z71 badge. The officials are still quiet about this.

On the other side, the standard model will certainly remain the same. This means you may count on a spacious and comfortable SUV, which comes with three potent engine options in the offer, as well as a long list of standard equipment. Furthermore, you may count on good ride quality and one of the biggest cargo areas in the class.

The 2022 Chevy Tahoe should hit the market sometime late in the year.

When it comes to the overall layout, the 2022 Chevy Tahoe definitely won’t change. It will represent the second production year of the current generation, which means you may count on all the goodies that came with the recent overhaul. This means a completely new platform, massive weight reduction and more attractive styling. Furthermore, the new generation comes standard with the independent rear suspension, which has a positive impact on many things, starting from comfort and handling, but also in terms of providing more cargo space.

When it comes to possible novelties for the next year, we already mentioned the possibility of the Z71 version, which would come with various upgrades. Of course, this would include some exclusive styling details, but the off-road hardware seems far more interesting. We could see goodies like upgraded off-road suspension, locking differentials, skid plates, tow hooks, hill descent control and similar upgrades.

Interior changes definitely won’t happen. Simply, the new Tahoe is too fresh for any kind of upgrades. Also, the current cabin looks really good. The overall build quality is good, while materials are mostly soft to the touch. Furthermore, all those tech goodies make this cabin look even more opulent.

Besides solid quality, this cabin is also very spacious and comfortable. The driving position is very good, while we particularly like the amount of passenger space. All three rows are generous with space and Tahoe can accommodate eight adults with ease. That wasn’t the case with the previous generation. Of course, there is also an impressive amount of cargo space. You may count on about 25.5 cubic feet of space behind the third row, 72.6 cubic feet behind the second row, and a total of 122.9 cubic feet with both rows folded. That’s much more than you get from Ford Expedition, even more than the Expedition Max offers. 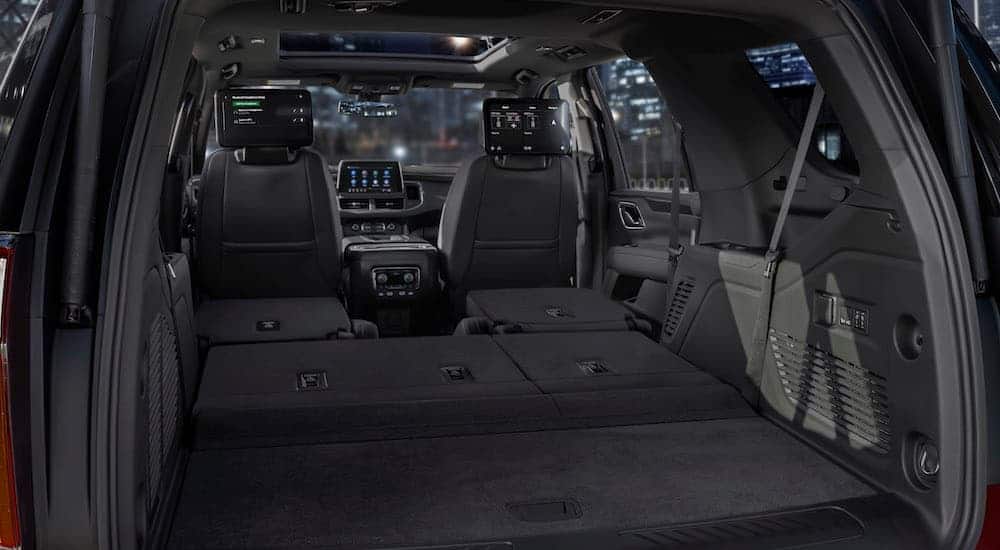 The 2022 Chevy Tahoe will hardly get any particular novelty in the next year. Most of the things will remain the same as in the current model, which is already pretty strong in this aspect. All models come standard with goodies like a 10.2-inch touch screen, wireless Android Auto and Apple CarPlay, six USB ports, Bluetooth, a Wi-Fi hot spot, a six-speaker sound system, satellite radio, HD Radio, tri-zone automatic climate control, remote start, and proximity keyless entry. Additionally, you can get goodies like a panoramic sunroof, navigation, a rear-seat entertainment system with two 12.6-inch touch screens and Wi-Fi capability, wireless device charging, and a nine-or 10-speaker Bose stereo.

Finally, there is a recently added diesel version, which uses a 3.0-liter turbodiesel. Although rated at 277 horses, this oil-burner moves Tahoe with ease, thanks to the massive 460 pound-feet of torque. This is also the most fuel-efficient option in the offer, notably less thirsty compared to the base 5.3-liter engine, which returns around 16 mpg in the city and 20 mpg on the highway.

We don’t expect to see the 2022 Chevy Tahoe on sale much earlier than usual. It should hit showrooms sometime late in the year, with the starting price of around 50.000 dollars. Of course, Ford Expedition is the key competitor, but there are also models like Nissan Armada, Toyota Sequoia etc.