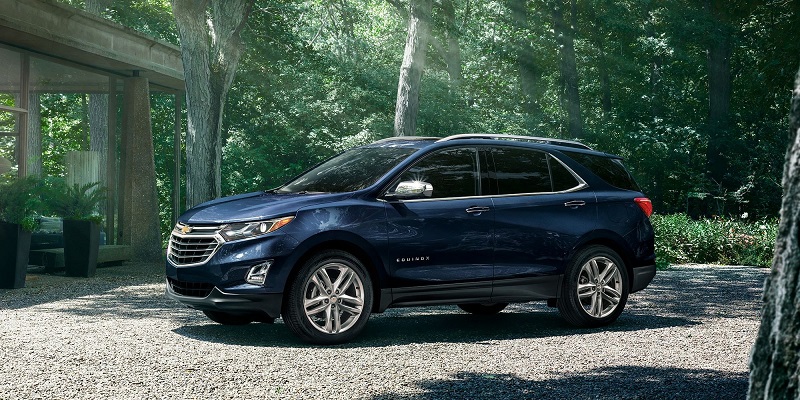 The 2022 Chevy Equinox is on the way for its launch in early 2021 and it brings a lot of interesting novelties. Of course, we are talking about a so-much awaited refresh. It was originally planned for the 2021 model year, but has been delayed because of the Coronavirus pandemics. Finally, the new version is coming and the launch is scheduled for the first quarter of the next year.

This will be a typical mid-cycle refresh and it will bring a lot of novelties. Of course, the first thing that comes to mind is the styling, which will be notably improved. Also, we are about to see novelties on the inside, as well as several additions to the list of standard equipment. On the other side, the mechanical aspect of this compact crossover is about to remain the same and we will see the same size and powertrain. 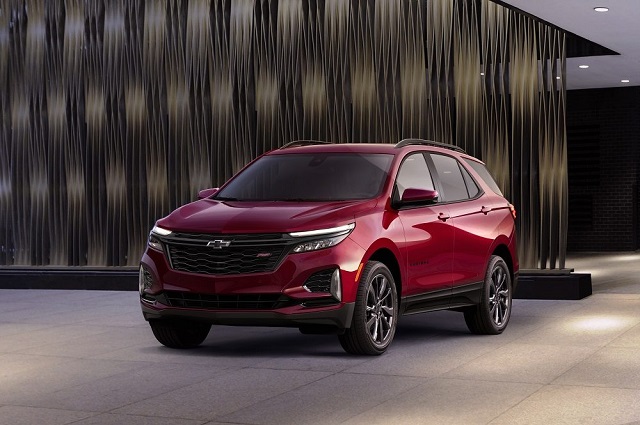 The biggest changes for the 2022 Chevy Equinox will be those in terms of styling. We are about to see a completely new front face. It will take a lot of inspiration from models like Blazer. In practice, this means a new, sportier grille, which will come in a combination with a new front bumper, which features sharper lines, new fog lamps etc. Finally, there are completely redesigned headlights, also inspired by Blazer.

On the rear end, you may count on new taillights, while the bumper will get a slight reshaping as well. Other than that, the 2022 Chevy Equinox will come with typical mid-cycle updates, such as new color options, wheels and similar things.

The mechanical aspect of this model will remain the same. We are about to see a familiar layout, which is based on a familiar D2 platform and which features typical dimensions for the segment. In numbers, this model is 183.1 inches long and features 107.3 inches in wheelbase.

A couple of changes will come on the inside as well. At this point, we know for sure that the new model will come with new materials, new color schemes and new stitching. Also, we expect that the traditional gear lever will be replaced by a modern, electronic shifter.

Most of the cabin, though, is about to remain the same. The dashboard layout will certainly remain the same and this also includes the center stack and familiar 7 and 8-inch touchscreen units, depending on the version you choose. The driving position is pretty good, while visibility is great in all directions. 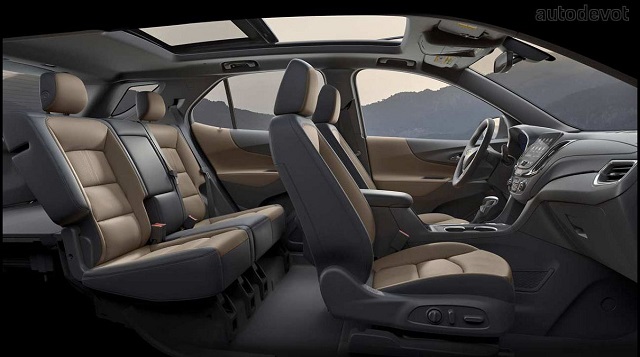 The second row also offers a pretty respectable amount of space and we can say the same for the cargo area. You may count on about 30 cubic feet behind the second row. The overall cargo space goes around 64 cubic feet. Those are typical numbers for the class.

In terms of standard equipment, novelties are always possible. Still, we don’t expect too many of them in the 2022 Chevy Equinox. Most of the things will remain the same as in the  2021 model year, which comes standard with a 7-inch touch screen, Android Auto, Apple CarPlay, four USB ports, a Wi-Fi hot spot, Bluetooth, voice recognition, and a six-speaker stereo. The list of options is pretty long and includes remote start, dual-zone automatic climate control, a universal garage door opener, a panoramic roof, a household-style power outlet, an auto-dimming rearview mirror, an 8-inch touchscreen, navigation, HD radio, premium audio system etc.

This aspect will also bring changes. The current version of the familiar 2.0-liter turbo-four engine will be replaced with a new, more efficient and more refined variant. Interestingly, the new engine features lower output, which goes around 237 horsepower and 260 pound-feet of torque. However, the company claims notably better fuel economy.

On the other side, the base version will carry on with a familiar 1.5-liter turbo-four. This engine puts out around 170 horsepower, which seems okay for daily commuting. Also, this engine features a pretty decent fuel economy that goes around 25 mpg in the city and 30 mpg on the highway. 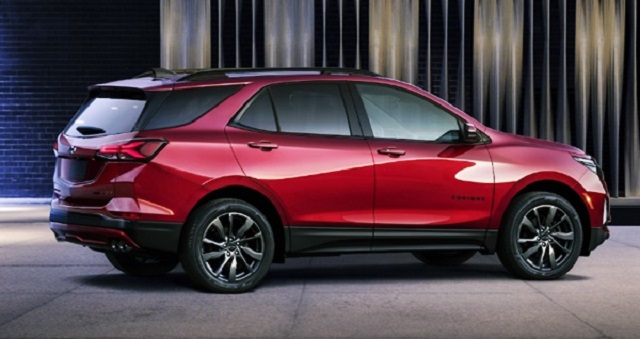 The 2022 Chevy Equinox will hit the market in the first quarter of the next year and we expect that base models will go around 25.000 dollars. Some of the key competitors are models like Ford Escape, Mazda CX-5, Toyota RAV4 etc.