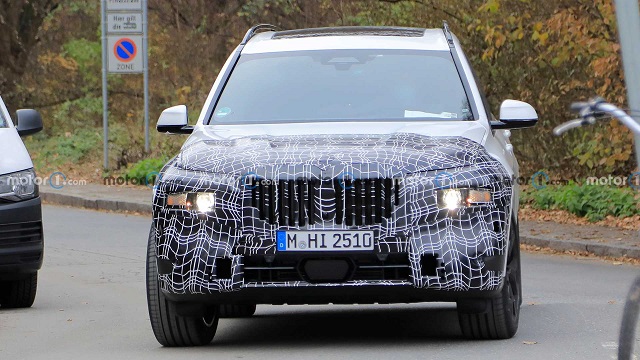 The Bavarian flagship SUV has been around for a while and if we consider that the competition is getting tougher, it’s no surprise that the 2022 BMW X7 is about to receive a mid-cycle refresh. The test mule has been spotted and it shows a lot of covered areas, which clearly indicates interesting styling changes. However, aesthetical updates won’t be the only ones to come.

From what we can hear, the next year’s models will come with novelties in other aspects as well. Interior upgrades are expected too, but the more interesting aspect of the SUV is the powertrain department. It looks like we could see a couple of new powertrain options and as you may presume, they will be electrified. Naturally, we also expect to see additions to the list of standard equipment.

Considering the updates, we expect that the 2022 BMW will arrive a little bit earlier than usual, but still within the second half of the year.

When it comes to base design characteristics, the 2022 BMW X7 won’t change. The overall layout will remain the same, which means we are about to see a design based on the new CLAR platform, which offers a nice combination of engaging handling and a comfortable ride.

On the other side, we are about to see a lot of visual changes. The testing model has been spotted and it wears a lot of camouflage. The most intriguing are the new headlights, which feature a little bit odd shape. The rendering photos show them in divided sections but we don’t believe that the 2022 BMW X7 could end up like that. Instead, we rather believe that BMW designers are playing with spy photographers a little bit. We believe that changes will rather be subtle, which minor tweaks only.

A couple of updates could come on the inside as well. At this point, we don’t know the details but we definitely don’t expect to see anything significant. The current model already looks really nice from the inside. The build quality is excellent, while the dashboard features a rather conservative design, something that traditional BMW buyers prefer. So, we believe that the best 2022 BMW X7 could bring are new color schemes, new features and similar details.

On the other side, the overall layout will remain the same. You may count on the familiar cabin layout, which comes with three rows of seats and lots of interior space in general. However, we have to mention that rivals like Mercedes-Benz GLS offer more spacious third rows.

When it comes to the cargo area, this SUV offers 12.8 cubic feet of cargo space behind the third row. Once you fold it down, the capacity goes up to 48.6 cubic feet, while the total volume goes around 90 cubic feet. While that may seem okay, rivals like Lincoln Navigator are far more generous.

There is no doubt that the upcoming update will bring a lot of novelties in terms of standard and available features. Still, we don’t expect to see anything significant, considering that the current model already stands pretty well in this aspect. So, what comes to our minds are a few more tech and convenience goodies. 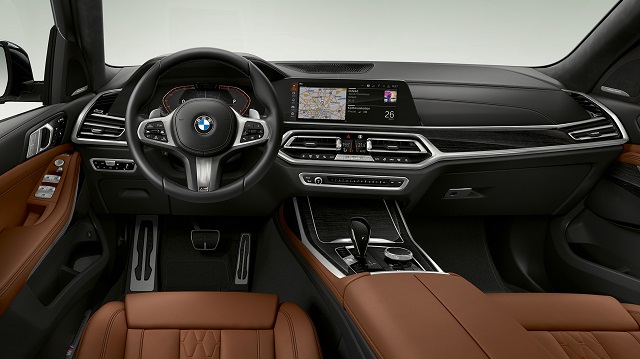 The powertrain is one of the aspects that could bring novelties for the next year. Allegedly, the 2022 BMW X7 will come with new options under the hood, electrified most likely. We would see a plug-in hybrid version in the offer, based on a six-cylinder engine. Moreover, some rumors suggest that the new X7 M could also come in a plug-in hybrid layout, based on a twin-turbo V8 and with a combined output of more than 700 horsepower.

On the other side, the current engines are expected to carry on in the same way. Base models use a 3.0-liter inline-six with 335 horsepower, while there is also a familiar 4.4-liter V8, which comes in two output variants, with either 523 or 600 horsepower.

The 2022 BMW X7 will probably hit the market next fall, though the officials are still quiet about the more precise date. Base models should go around 76.000 dollars.