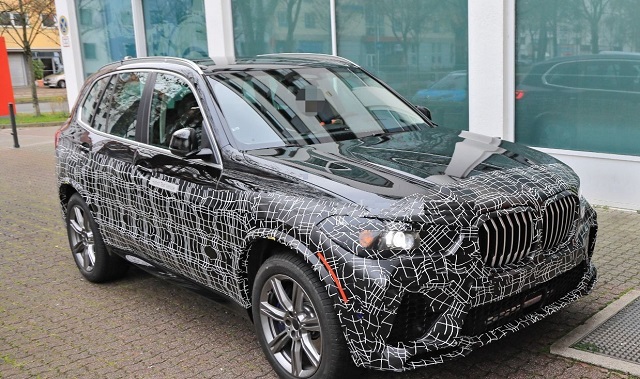 The current generation of the popular mid-size SUV has been around for a while and the mid-cycle update is on the way. At this point, the new version is still in the testing phase and it still wears a camouflage. However, there are many reports that already suggest the changes. Of course, the focus will be on the styling, particularly on the front end. On the other side, the interior should be updated with new tech features, while the engine lineup will probably remain the same, though each engine would get help from a new mild-hybrid setup, with the exception of the PHEV model.

On the other side, the overall layout is about to remain the same. The 2022 BMW X5 will carry on with the same overall design, which is based on the company’s new CLAR platform. The overall shape will remain the same, as well as the mechanical aspect. You may count on a crossover that offers an excellent driving experience, powerful engine options, high-quality interior and many more. We expect to see the new model sometime in the second half of the year.

Of course, the most interesting aspect of the new 2022 BMW X5 will be the styling. This company has always been known for its careful approach when it comes to in-cycle changes. However, some reports in the last couple of months were suggesting something different. This was particularly referring to the grille design, which was expected to bring the same controversial layout as in the new 4 Series.

Meanwhile, spy shots of the testing model have appeared and it looks like the Bavarian manufacturer won’t risk that much. This makes perfect sense, considering that we are talking about one of the most important models for the company. Despite the camouflage, it’s quite easy to see that the grille will remain pretty much the same. On the other side, the bumper seems completely new. It features a new, more aggressive shape, with new air openings and other upgrades.

The rear end will come with a couple of tweaks as well, while the rest of the vehicle looks quite the same. Once again, we will see a typically mild update from BMW, which isn’t a bad thing at all, considering that the current model already looks pretty amazing.

The same story is with the interior design, where most of the things will probably remain the same. Of course, we expect to see novelties in terms of new materials and color schemes will be in terms of tech features. The biggest novelties should be a new 10.25-inch touchscreen, equipped with the latest versions of BMW’s infotainment system, the same one we saw in the new 5-Series.

Other than the, the cabin should remain the same. This crossover features excellent build quality, which is designed in a quite simplistic manner, oriented to the driver. Both rows are generous with space, while the driver’s position is excellent. In terms of cargo capacity, you may count on about 33.9 cubic feet of cargo space behind the rear seats and 72.3 cubic feet with the rear seats folded down, which is a pretty good number for the class.

The biggest novelty under the hood will be a new 48V mild-hybrid, which will be offered in all powertrain variants except for the, obviously, plug-in hybrid version. Each engine should get additional power and output.

Base models will continue with a familiar 3.0-liter turbo inline-six, which puts out around 335 horsepower without the upcoming mild-hybrid system. The rest of the offer includes V8 engines. Of course, we are talking about the well-known 4.4-liter V8, which comes in two output versions. The first one is reserved for the M50i model and delivers 523 horsepower. The second one powers the M model and features a max output of 600 horsepower. This version is also available with the Competition package, which adds 17 horses.

Finally, there is a plug-hybrid version, which combines a familiar inline-six with an electric motor. The total output goes around 389 horsepower, which is enough to move this mid-size SUV from zero to sixty in 5.3 seconds.

All models come in pairs with an excellent 8-speed automatic transmission. 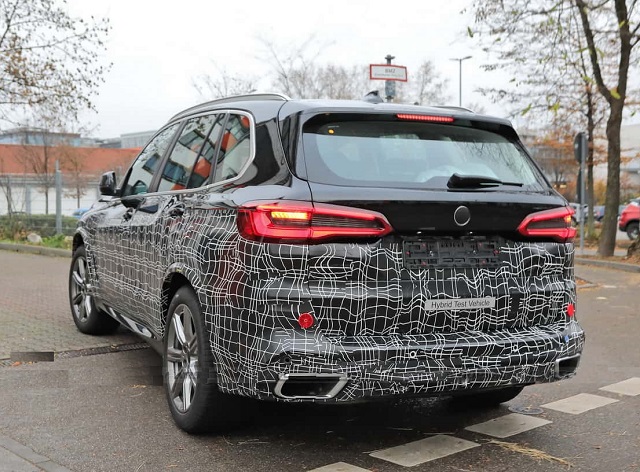 The 2022 BMW X5 should arrive sometime in the second half of the year. A bigger price increase shouldn’t happen, so base models will probably go around 60.000 dollars. Of course, key competitors are models like Mercedes-Benz GLE, Audi Q7, Volvo XC90 etc.