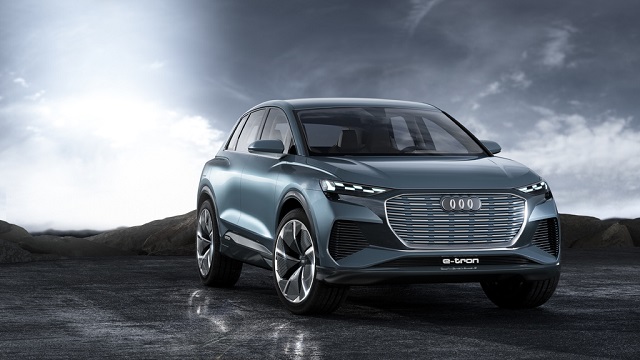 The electrification process goes relatively smoothly in the Volkswagen Group, and there are several brand-new models that are coming in the near future. The 2022 Audi Q4 e-tron is one of them, Audi’s take on the company’s latest platform, build particularly for electric vehicles. At this point, we already know various details about this model, even though the company tries to keep most things a secret.

The brand-new model will be compact in size. Also, it is about to offer respectable numbers in terms of power and range. Naturally, it will be luxurious and it will follow the brand’s latest design language. We’ve already seen a concept version last year, so it’s quite easy to get a picture. The new model is about to hit the market next year.

When it comes to base design characteristics, the new 2022 Audi Q4 e-tron will be based on the company’s new MEB platform, designed for all kinds of electric vehicles. In terms of size, we expect that this model will have most things in common with the recently-introduced VW ID.4. This crossover measures around 109 inches in wheelbase, though the new Audi would probably be slightly stretched.

In terms of the styling, we expect that the production version won’t be much different compared to the concept. Simply, the concept version looks production-ready and there is really no need for bigger modifications. The overall contour isn’t much different compared to standard gasoline- and diesel-powered engines. However, the front end looks a little bit more aggressive and more futuristic and clearly accentuates the model’s all-electric character.

The same thing goes for interior design. We’ve already seen a concept version, and it looks good. Of course, everything looks pretty futuristic and the first thing you will notice is a full load of screens and digital controls. Naturally, there is Audi’s famous digital instrument cluster, which has been revised for this occasion. Also, it is accompanied by a new steering wheel, which looks quite sporty and attractive. 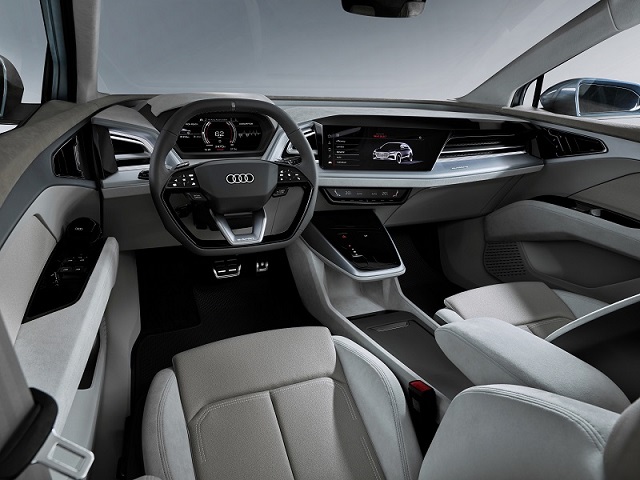 In terms of interior space, we count on a similar amount of room as in Q5 compact crossover. A great thing is that the battery will be positioned under the floor, so the passenger and cargo space won’t be compromised. Both rows will be generous with space, so we expect that the 2022 Audi Q4 e-tron will be able to accommodate five adults with ease. The cargo area should feature similar figures as the Q5.

If you look at the current offer of electric vehicles, most of them tend to be super –fast and with great autonomy but that won’t be with this crossover. Instead of spending all resources on performances and range, this will rather be a great all-rounder. Therefore, the acceleration won’t be that spectacular, though it will be far from slow. We count on the same setup as in the aforementioned ID.4. This means two electric motors, one on each axle, with a total output of 300 horsepower. That should be enough to provide 0-60 in about six seconds. The VW sibling uses an 82-kWh battery back, which provides a max range of around 250 miles. Still, we wouldn’t be surprised if we see a bigger battery in this case, which would provide better autonomy as well. At this point, we are still waiting to hear something from the officials. 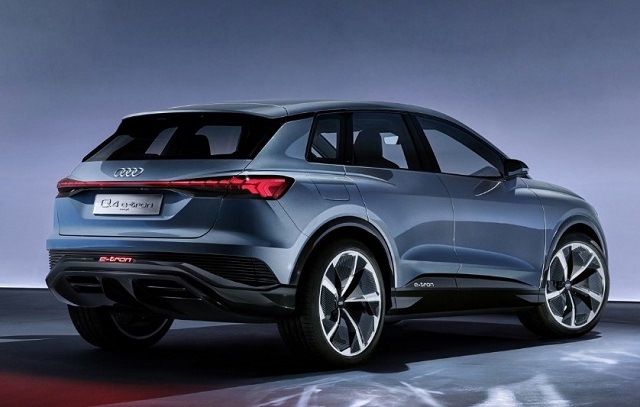 We expect to see the 2022 Audi Q4 e-tron sometime in the next year. The starting price will probably go around 45.000 dollars. The list of potential rivals includes models like Tesla Model Y, Volvo XC40 Recharge etc.