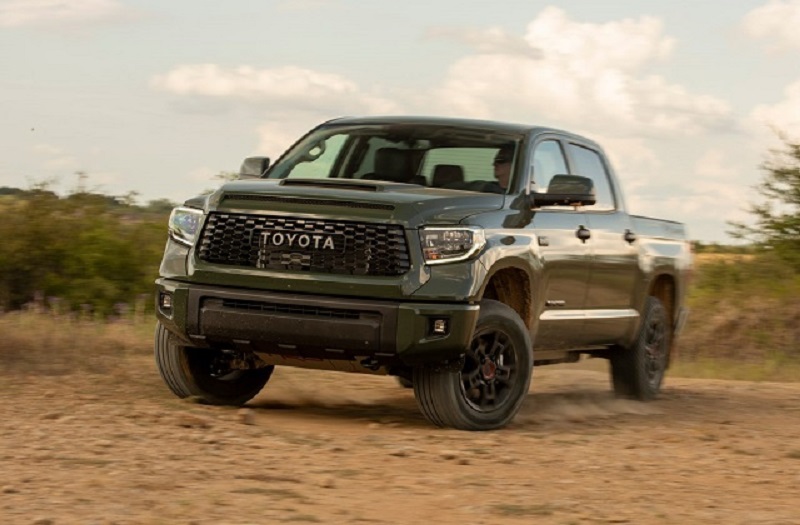 Toyota’s full-size pickup truck looks like a real dinosaur compared to other models in the class. Of course, there were some pretty big updates, but the overall design dates from 2007. That’s way too long for a model that has to compete with super-popular models like Ford F-150 or Chevy Silverado 1500. A complete overhaul was planned for these years but it has been moved for the 2022 model year. Therefore, the 2021 Toyota Tundra will be the last model year of the current generation. Logically, it won’t feature any particular change, though the Japanese manufacturer has prepared two special editions. Other than that, things will remain the same.

That means you may count on a well-known design, which has been around for more than 13 years. Despite the age, this truck is competitive in many aspects, starting from excellent predicted reliability ratings, powerful engine and spacious cabin. However, there are also notable drawbacks, starting from poor fuel economy, stiff ride and outdated cabin design. We expect that the 2021 Toyota Tundra will hit the market sometime late in the year. 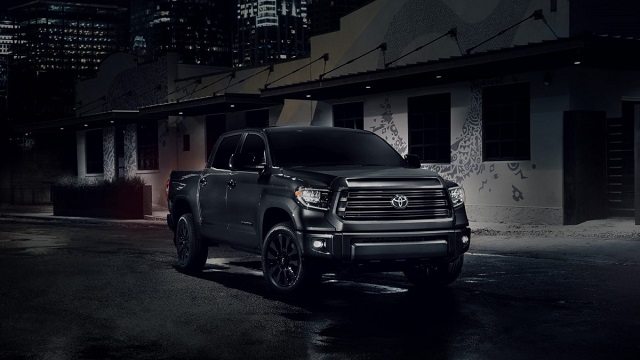 As we’ve just mentioned, not many things will change for the next year. The overall layout will certainly remain the same and the only big novelty will be the addition of two special editions. One of them will be called the Nightshade edition. This is something we’ve already seen on many Toyota models, so you can get the picture. It will be all about blacked details, such as black 20-inch rims, black exterior accents, and black leather upholstery. This is an appearance package and it will be available only on the Limited trim level.

The other one will be called the Trail edition and it will be limited to 5.000 units only. From the outside, it will be characterized by the same grille as Tundra 1794 Edition, unique 18-inch wheels and black exterior details. On the inside, you may count on things like all-weather floor mats and black upholstery with tan contrast stitching, while the lockable storage unit in the cargo bed is another thing we should mention.

Other than exclusive details in new special editions, the cabin of 2021 Toyota Tundra will remain pretty much unchanged. This means you may count on two familiar cab designs, known as Double and CrewMax model. Both are very spacious and generous with the passenger room. On the other side, the dashboard definitely shows its age. It looks outdated, even for a truck. Most surfaces feature hard plastics, while the lack of the latest tech goodies is obvious. The ride is also pretty stiff, so we can’t talk about some particular level of comfort. On the other side, visibility is good in all directions. 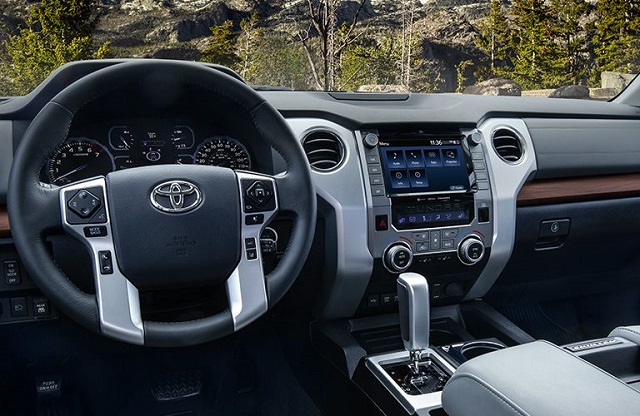 We won’t see any particular change in this aspect either. The 2021 Tundra will carry on with pretty much the same list of standard equipment. Therefore, you may count on standard tech goodies like a 7-inch touchscreen, satellite radio, three USB ports, voice recognition, Bluetooth, a six-speaker stereo, and a Wi-Fi hot spot. Despite the age, things like Android Auto and Apple CarPlay are also standard. In higher trim levels, you can also get things like -inch touch screen, an auto-dimming rearview mirror, a universal garage door opener, a sliding horizontal rear window, a vertical power rear window, a seven- or nine-speaker stereo, dual-zone automatic climate control, proximity keyless entry, push-button start, a power sliding rear window, navigation, a 12-speaker JBL premium stereo. 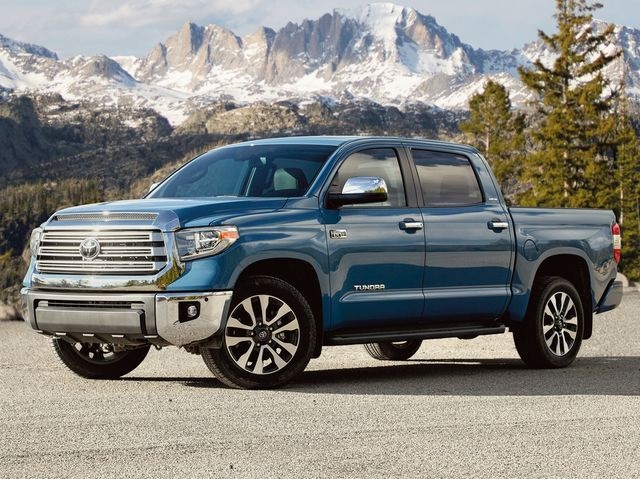 Things under the hood definitely won’t change. Therefore, you may count on a well-known 5.7-liter V8 engine, which puts out 381 horsepower and 401 pound-feet of torque. The engine comes in pair with a 6-speed automatic transmission and delivers pretty strong acceleration and overall driving dynamics. On the other side, the thing we don’t like about this extremely reliable unit is fuel economy. You may count on 13 mpg in the city and 17 mpg on the highway only, which are some of the lowest ratings in the class.

The 2021 Toyota Tundra will hit the market sometime in the last quarter of the year. Base models will go around 35.500 dollars.