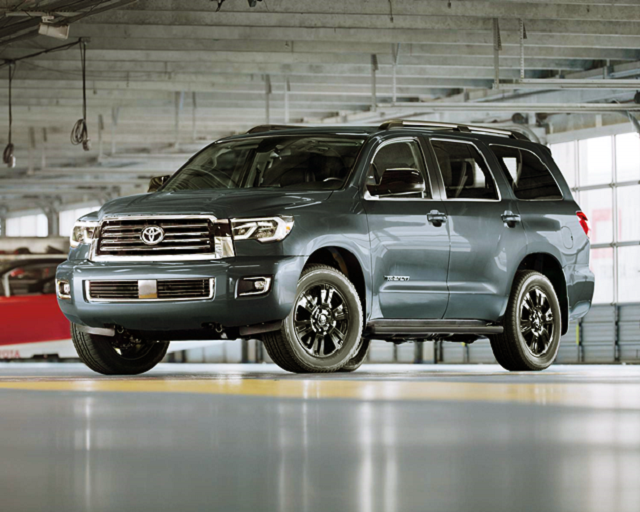 The current generation of Toyota’s full-size SUV may be old but it still has a lot of things to offer. That’s why the Japanese manufacturer doesn’t rush with the redesign, which will certainly happen in the next couple of years. Meanwhile, we will see the same design that has around since 2008, essentially. Of course, there were some updates, especially in terms of aesthetics so the 2021 Toyota Sequoia won’t look that all at all. Moreover, we are about to see a nice novelty, in terms of the Nightshade appearance package, something we’ve seen on many other Toyota models recently.

You may count on familiar design characteristics. The large SUV will continue with the same layout, which has a lot of great things to offer, starting from a powerful engine, strong off-road capabilities and a very spacious cabin. We expect to see 2021 Toyota Sequoia sometime in the last quarter of the year. 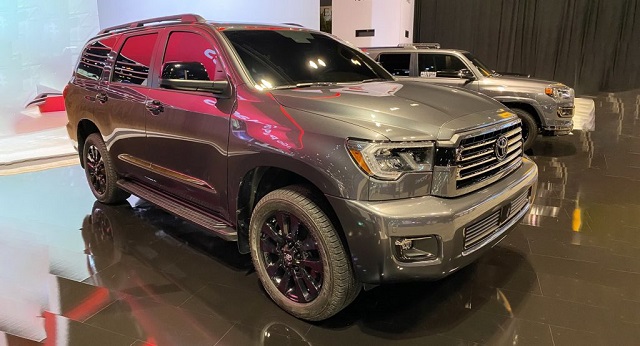 As we’ve just mentioned, the base design is about to remain the same. Therefore, you may count on a familiar chassis, which is shared with the current-generation Tundra. We are talking about a genuine BoF SUV, which is rugged and designed in an old-school manner. That’s why it isn’t the most agile vehicle on the road after all.

For the next year, the company has prepared a nice update. We are about the see the 2021 Toyota Sequoia Nightshade edition, an appearance package that has already been presented in many Toyota models. Therefore, you may count on typical Nightshade features, such as black 20-inch wheels and darkened chrome on the grille, door handles, side trim, and badging. This version comes in three exclusive color options – Wind Chill Pearl, Magnetic Gray, and Midnight Black. The rest of the lineup will remain pretty much unchanged, including the TRD Pro off-roader.

On the inside, the biggest novelty will be a black leather upholstery for the new Nightshade version. Other than that, things will remain pretty much the same. Therefore, you may count on a cabin that offers both good and bad things. When it comes to bad things, the fact is that the cabin looks outdated and that it features lower-quality materials compared to most rivals. Also, it lacks some modern tech features. 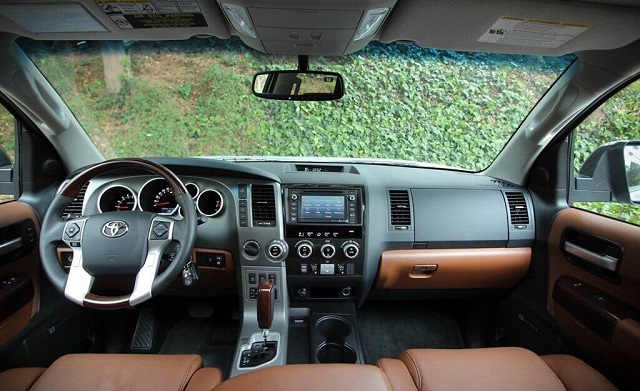 On the other side, a great thing about this cabin is the amount of space. This is one of the most spacious models in the class, which offers three very spacious, adult-friendly rows of seats. The cargo area is even more impressive. You may count on about 18.9 cubic feet of cargo space with all seats up, 66.6 cubic feet with the third row folded down, and 120.1 cubic feet with the second and third rows folded down. Those are some of the highest ratings in the class.

Bigger changes in terms of standard equipment probably won’t come. Therefore, you may count of a familiar list of standard features, both in terms of safety and tech goodies. When it comes to tech goodies, all models will come standard with things like a 7-inch touch screen, an eight-speaker audio system, satellite radio, three USB ports, Bluetooth, Android Auto, Apple CarPlay, and a Wi-Fi hot spot. Additionally, you can get things like navigation, a 12-speaker audio system, a 14-speaker JBL audio system, a rear-seat Blu-ray entertainment system etc.

If something is certain, that would be the Sequoia’s engine. Things are definitely about to carry on in the same way, which means you may count on a well-known 5.7-liter V8 engine. This unit puts out around 381 horsepower and 401 pound-feet of torque. That’s more than enough for decent driving dynamics, while a familiar 6-speed automatic transmission ensures a fairly smooth ride. All in all, there is really nothing to complain about the ride quality, except for the fuel economy. This is where 2021 Toyota Sequoia will continue to lag behind the competition. You may count on no more than 13 mpg in the city 17 mpg on the highway. Those are some of the lowest ratings in the class. On the other side, you may count on class-leading reliability. 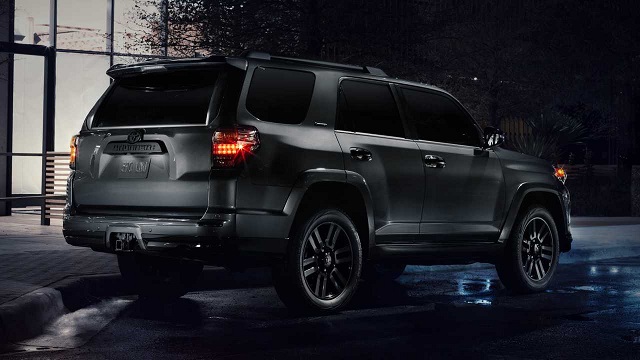 Considering that there are no bigger changes to come for the next year, we expect to see 2021 Toyota Sequoia sometime in the last quarter of the year. Also, the price should remain pretty much the same, which means that base models should go around 50.000 dollars. Key rivals are models like Ford Expedition, Nissan Armada, Chevy Tahoe etc.