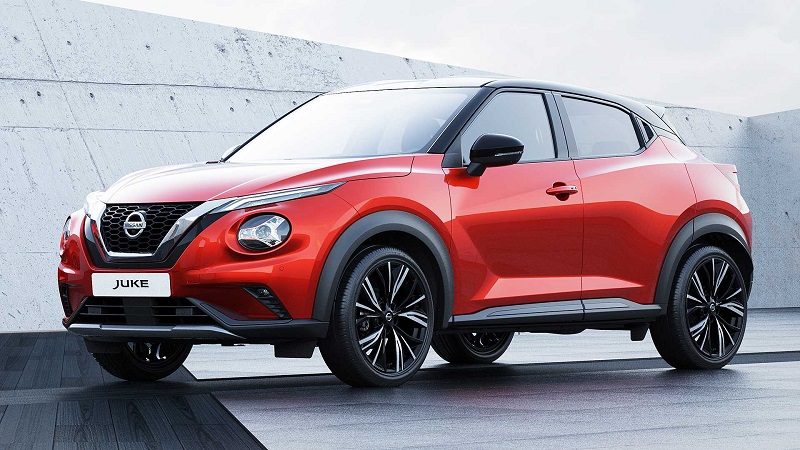 The current generation of Nissan’s smallest crossover in the lineup is entering its second production year and after the last year’s redesign, it is hard to expect any substantial changes. So far, we’ve been getting all kinds of reports about the novelties for the second production year. Among them, many were about the Nismo version, which would receive a more powerful engine and other upgrades. However, it looks like all this has been delayed, because of the Coronavirus outbreak, so the 2021 Nissan Juke is actually coming without more significant changes.

This means you may count on the same vehicle that debuted last year. This model has brought so much needed updates and the new generation is once again ready to compete with tough European competitors. It offers attractive styling, a luxurious interior and lots of standard equipment, while the cargo area is pretty respectable, despite the model’s modest dimensions. The new model is coming in the next couple of weeks.

In terms of base design characteristics, things will remain the same as they are in the initial 2020 model year. This means a layout based on the company’s well-known CMF platform, which offers a solid driving experience and a comfortable ride. Compared to the previous generation, the new model became much bigger. It gained more than four inches in wheelbase, so it’s no wonder the new model is far more spacious than before.

In terms of the styling, the new model keeps the funkiness of the original but actually comes with a completely new appearance. The front end continues with separate lighting groups but those are now designed in a completely new manner. The new generation seems more conservative than the original, which also means less polarizing. For the second production year, the best we could see are some new color options. Other than that, things will remain the same.

The same thing goes for the interior design. As we already mentioned, the recent redesign has brought notably bigger dimensions. With such a stretched wheelbase, it’s no wonder that there is much more legroom in the second row. However, the amount of headroom isn’t that good, so taller passenger may struggle to place their heads comfortably. On the other side, the front seats are spacious and comfortable and that’s where Nissan has traditionaly been among class leaders. However, small windows and thick back pillars have a pretty negative impact on rearward visibility. Other than that, the visibility is good, while driving position and ergonomics are great. The cargo area is also bigger than before, though we have to say that rivals like VW T-Cross or Skoda Kamiq.

Besides space, the new generation also offers more quality. We don’t expect that the 2021 Nissan Juke will change in this aspect, so you may count on a dashboard and center console that utilizes some really fine materials, while the overall aesthetics are pretty impressive as well. The infotainmen screen looks nice, as well as the flat-bottomed steering wheel. Infotainment system is much better than before, but still not as good as in some rivals.

Despite various reports were suggesting a Nismo version for the next year, the 2021 Nissan Juke remains with just one unit in the offer. Of course, we are talking about a 1.0-liter turbo three-cylinder gasoline engine, which puts out around 117 horsepower. It comes paired with either 6-speed manual or 7-speed automatic transmission. Driving dynamics are okay, though you will definitely feel lack of power and smoothness on the highway. Fuel economy is pretty good for the class and can go up to 47 miles per gallon with the manual gearbox, which is better compared to most rivals, including the Toyota C-HR non-hybrid model.

The overall ride quality is pretty good. Hanling is okay but we could say that this model is rather comfy than sporty. However, the level of comfort can significantly reduce if you pick a version with bigger wheels. That’s when things become quite bumpy. 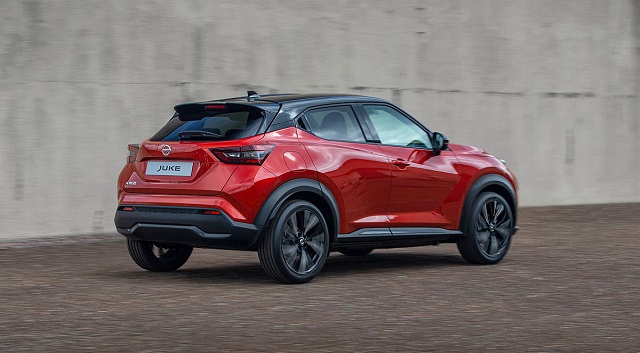 The 2021 Nissan Juke is about to hit the market in the next few weeks. We don’t expect changes in price, so base models should go under 15.000 pounds in the UK. In other European countries, base models usually go around 17.000 dollars. The second generation won’t be offered in North America. Instead, the Japanese offers more conventiona Nissan Kicks