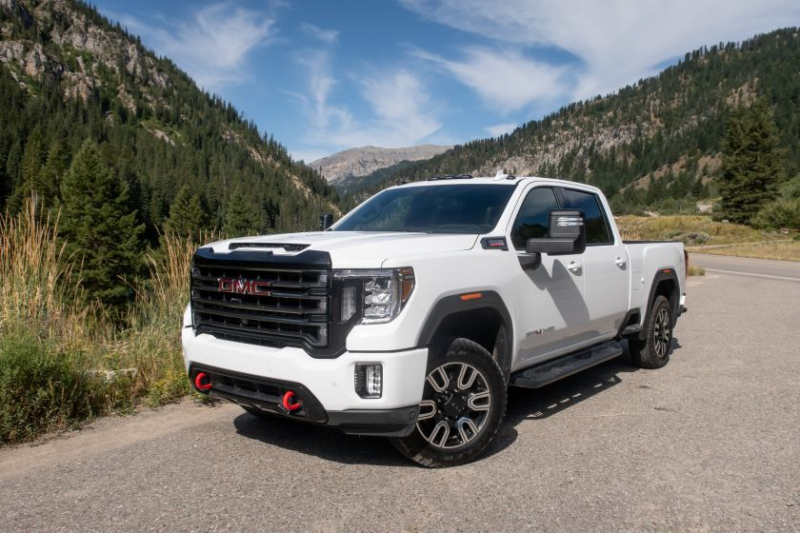 Despite that off-road pickup trucks are a relatively new niche in the business, the number of amazing models is pretty huge. Pretty much every manufacturer offers such a version and GMC is no exception. While some manufacturers offer world-class off-roader, GMC plays on a more versatile card. The 2021 GMC Sierra AT4 won’t be as capable as modes like Ford F-150 Raptor or Toyota Tundra TRD Pro. Still, you may count on more than good performances, as there are numerous important upgrades compared to standard Sierra models.

For the next model year, this version won’t feature too many changes. The overall layout will remain the same, but there are a few interesting novelties we should mention. You may count on things like new Goodyear Wrangler Territory tires and a high-clearance step. Other than that, things will remain pretty much the same. WE expect to see it sometime late in the year.

In terms of base design characteristics, the 2021 GMC Sierra AT4 will continue in the same way. This model isn’t any different compared to the standard model, but there are all kinds of upgrades that make it more capable off the road. We’ve just mentioned a couple of additions that are coming with the new model. There are new Goodyear Wrangler Territory tires and a high-clearance step. Also, you may count on familiar features, such as a 2-inch factory lift, skid plates, Rancho® monotube shocks, a standard MultiPro Tailgate, available Carbon Fiber Bed etc. All these things make this truck pretty capable on all kinds of terrains.

In terms of the styling, this model stands out from other variants in the lineup in many ways. You may count on a unique blacked grille, exclusive wheels and a lot of other interesting details. Still, the overall layout is pretty much the same as in other models.

On the inside, the 2021 GMC Sierra AT4 won’t feature any particular changes. Therefore, you may count on a cabin design that isn’t much different compared to the rest of the lineup. Some sources were suggesting a completely new cabin for the next year but it looks that won’t happen so soon. The new dashboard will certainly come in the future, but that won’t happen in the next year. Still, the cabin definitely has a lot of good things to offer, starting from a quite decent list of standard equipment. This refers to both tech and safety goodies. 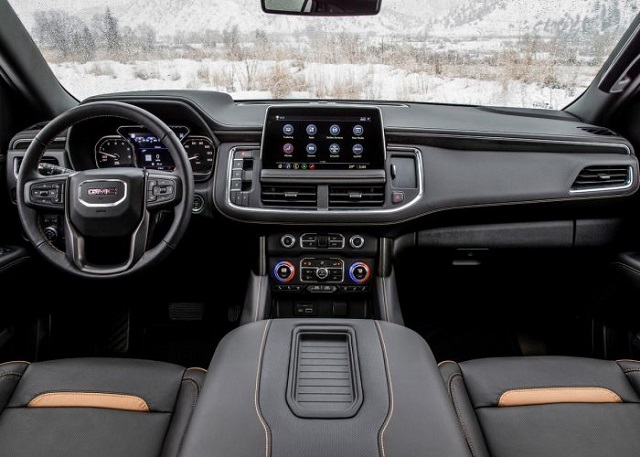 Things under the hood won’t change either. Therefore, the 2021 Sierra AT4 will carry on with familiar units in the offer. The base model comes with a familiar 5.3-liter V8, which puts out around 355 horsepower and 383 pound-feet of torque. A bigger and more powerful 6.2-liter V8 is also in the offer and it puts out quite respectable 420 horsepower and 460 pound-feet of torque. While the base engine comes in pair with 8-speed automatic transmission, the optional 6.2-liter comes paired with a 10-speed automatic transmission. 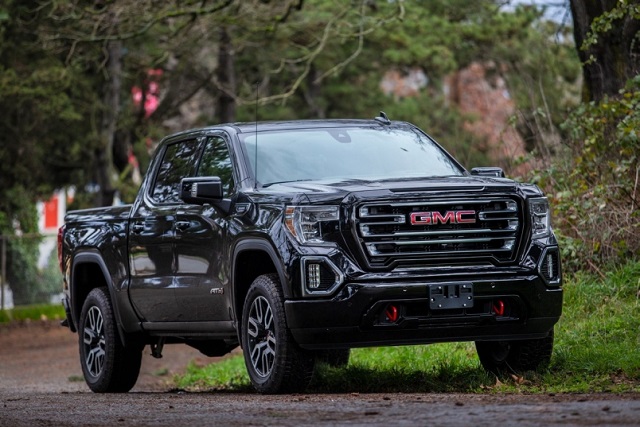 The 2021 GMC Sierra AT4 should hit the market sometime late in the year. The price should remain pretty much the same, which means it will start around 51.000 dollars, roughly.